On Thursday, May 23rd, 2019, we'll be rolling out the Battlefield V Chapter 3 Update #4 for all platforms and regions.
As this is a zero-downtime update, you will need to log out of the game when the update is available for your platform to download it and update your client. Schedule is as follows: 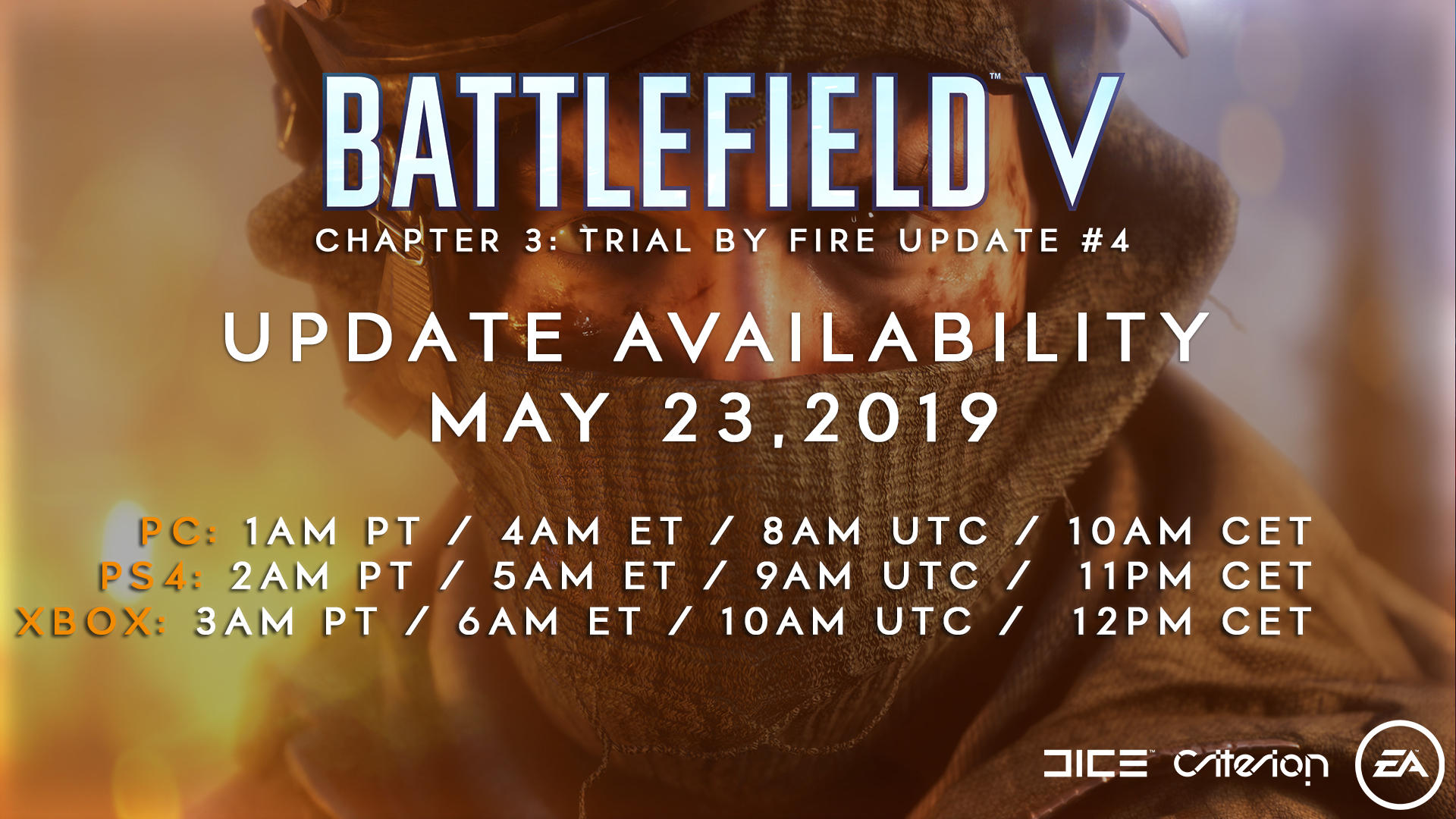 As this update coincides with the start of a new Tides of War Chapter Storyline, we'll be starting the May 23rd Storyline 2 hours after the Update completes.
We will also be releasing our Chapter Tier Catch Ups, which will be available for purchase starting at 1300 UTC / 6 AM PDT / 1400 BST / 11PM AEST.

Thanks and we look forward to seeing you on the battlefield!

The Battlefield Team
Post edited by PartWelsh on May 2019
2
Reply to this topic
This discussion has been closed.