On Tuesday, June 25th, 2019, we'll be rolling out the Battlefield V Chapter 4 Update #1 for all platforms and regions.
This is a zero downtime update, so if you're in-game you won't be kicked. However, to update you will need to exit the game per the availability schedule below: 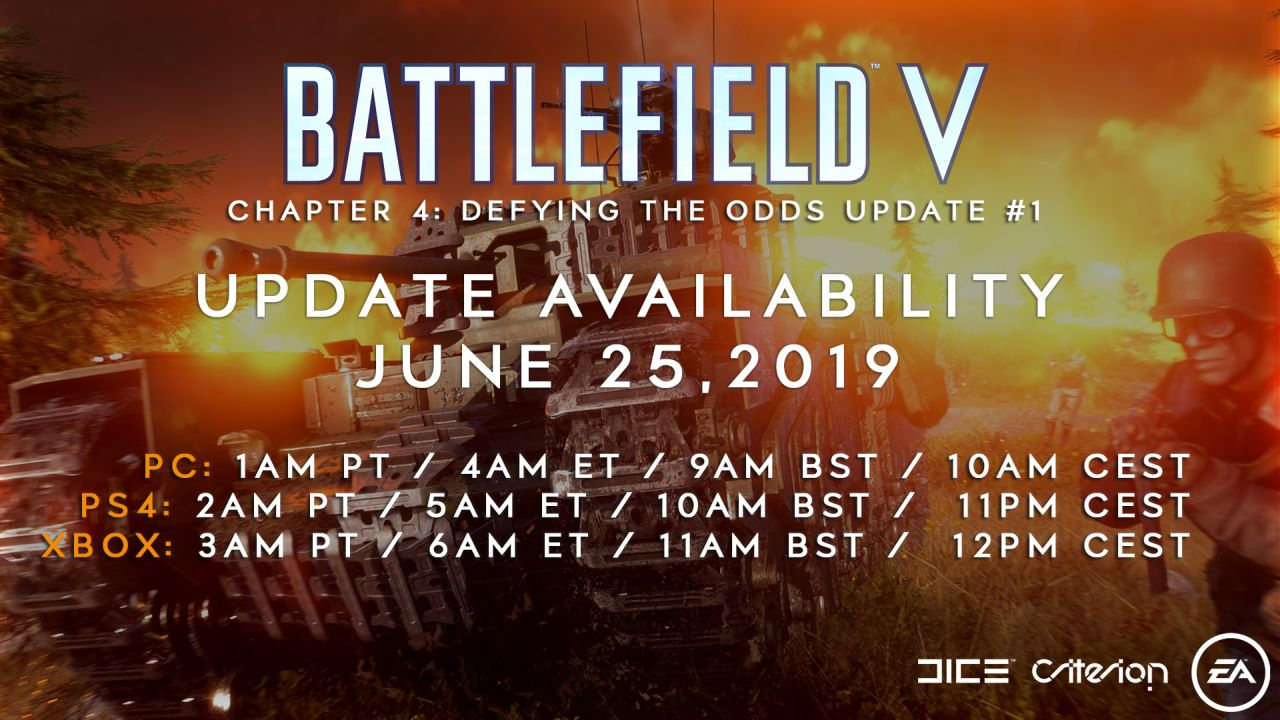 Thanks and we look forward to seeing you on the battlefield!

The Battlefield Team
Post edited by PartWelsh on July 2019
2
Reply to this topic
This discussion has been closed.