In the picture below, count how many medics you see in my team, underlined in red color. ONE! 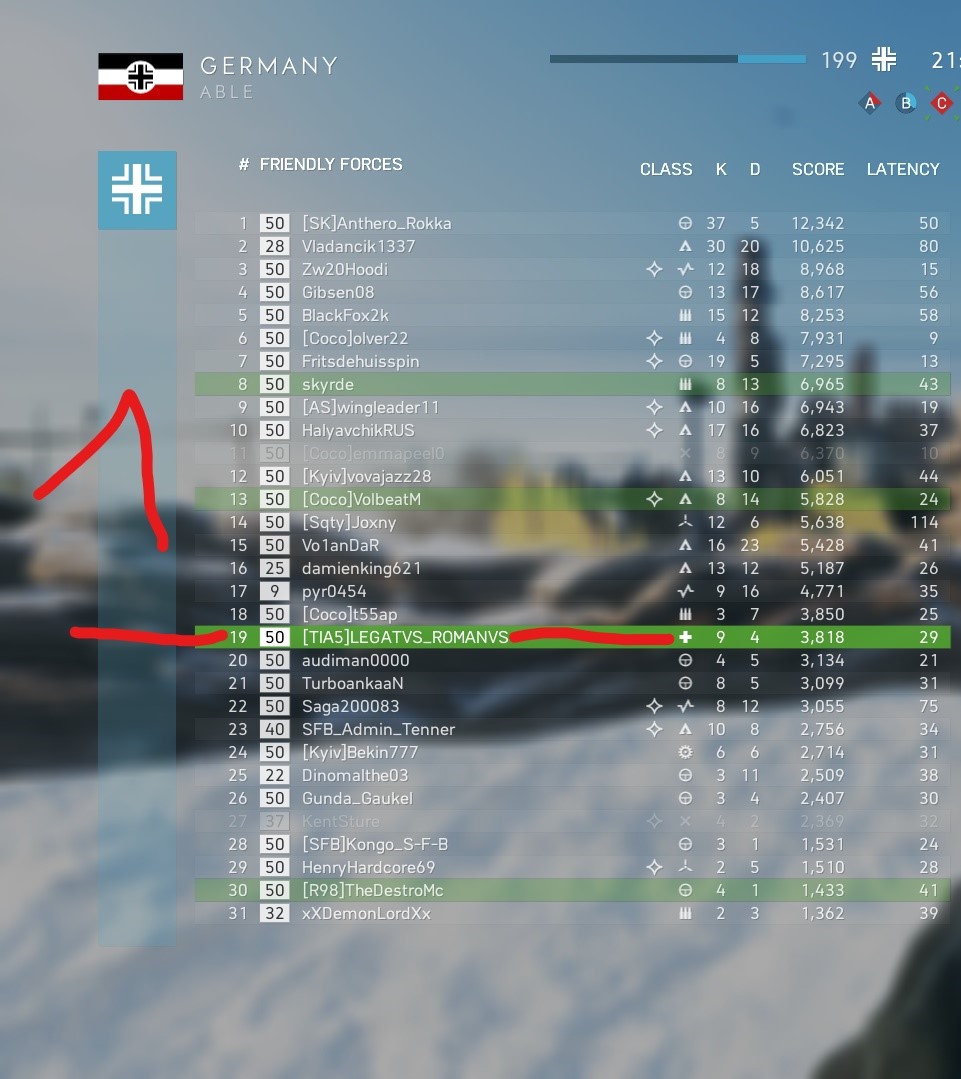 And this is not a rarity or an exception. In the previous server i played, there were 2 including me. In previous previous server there were 1, only me. Every server i play everyday in EU there are almost no medics except me. And when you dont heal them because you are always under constant fire by 31 enemy assault, support or sniper camping in the hills with their 3x scopes gun or wherever they camp, when they die they start whining with the usual  "medics dont do their job", "medics never revive" etc, and i always have to remind them that i already saved 400.000 people already at that moment in that match and many of my deaths in that moment are because i get killed during the revive animation even if i throw smoke granades before the wounded. And when you die yourself and you are the only medic out there, your squad dont even revive you because guess what? they are camping!!

Here below they were not even under fire!!!! just camping! 3 of them! All medics together with a scout of my squad too 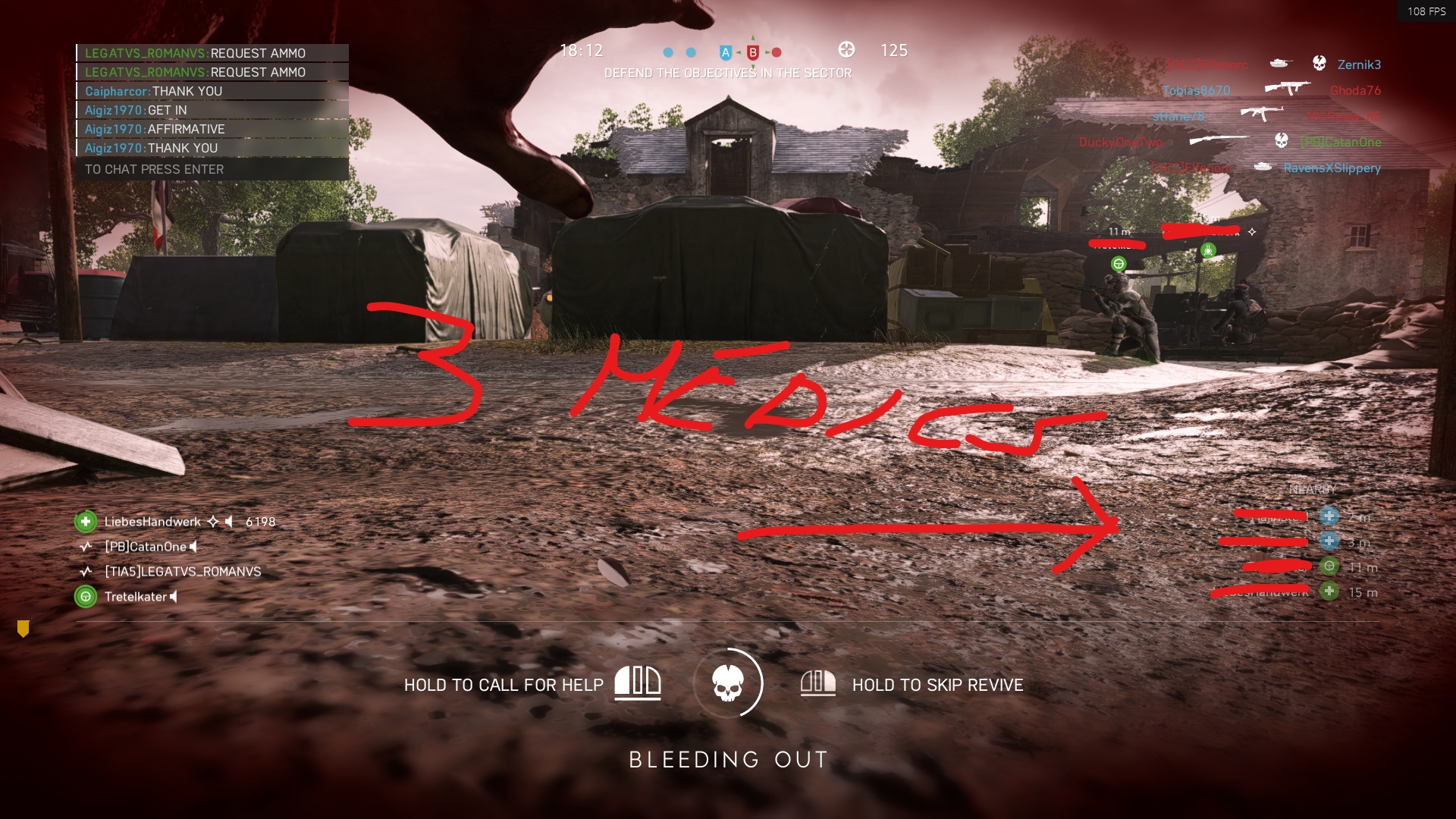 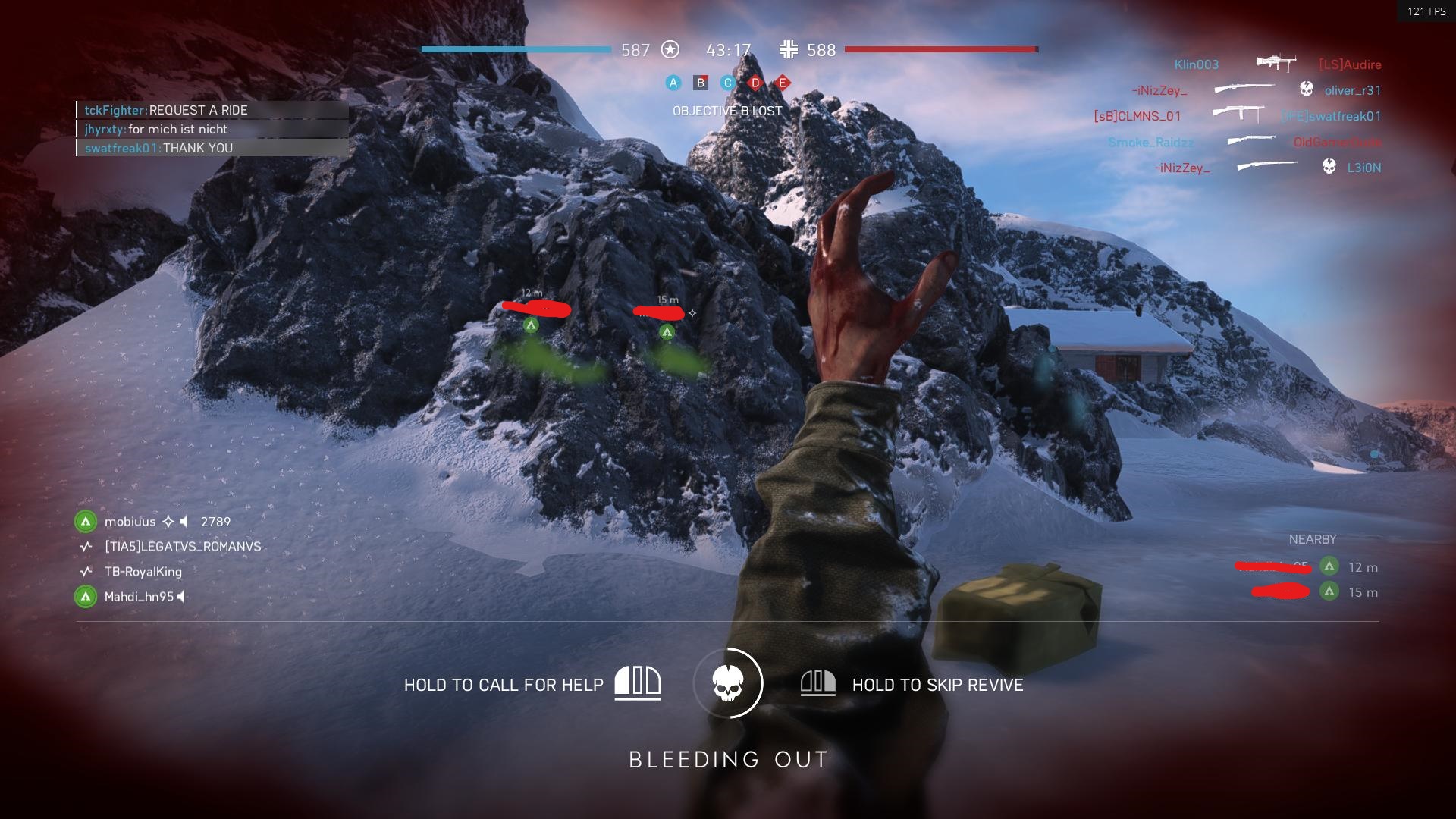 Heres in another map, the three of my squad, guess what? Camping! The standing support was prone few secs before, he then moved to a new spot where to prone 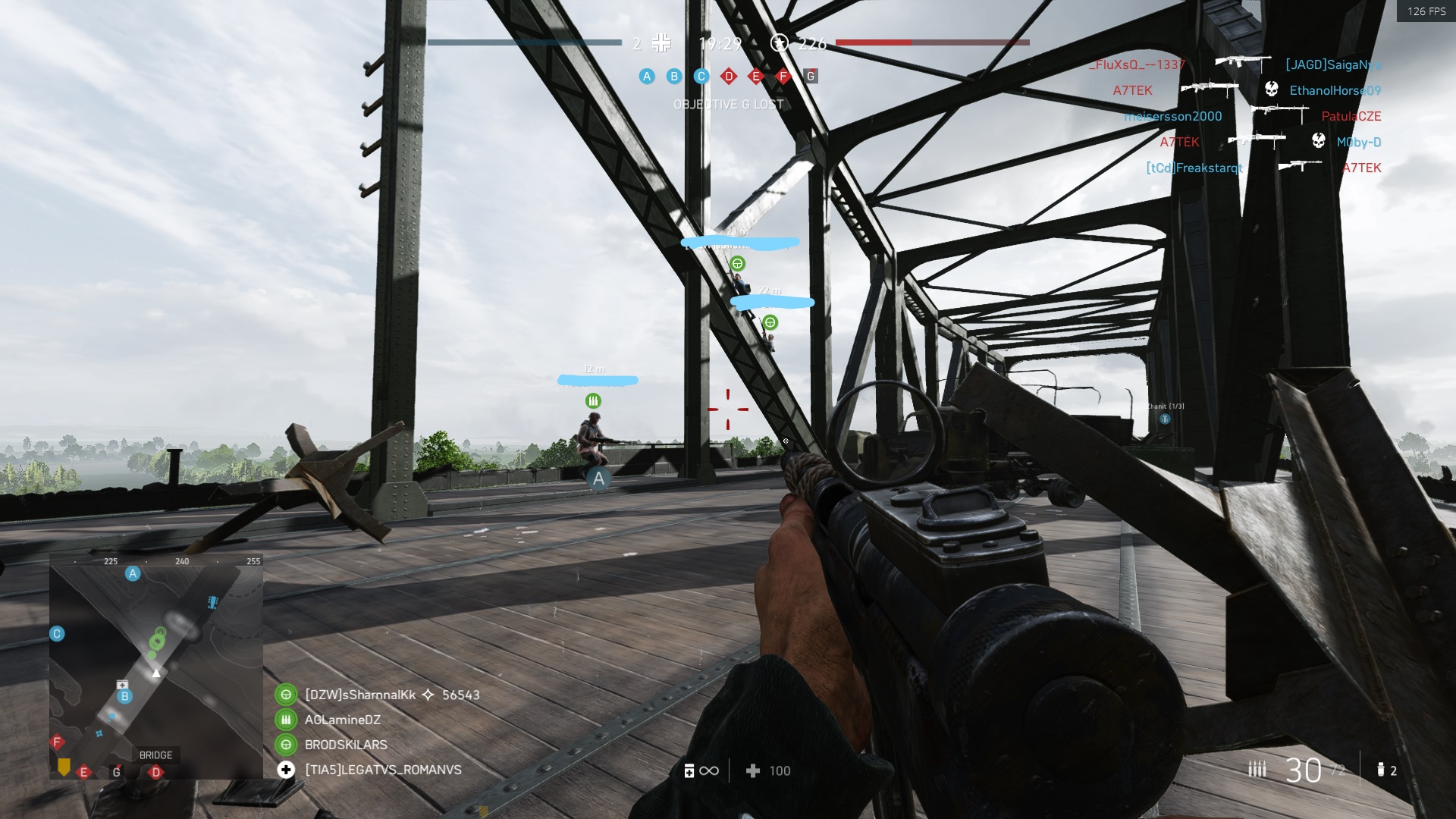 In another map i randomly spawned into my squad mates, and guess what they're doing? 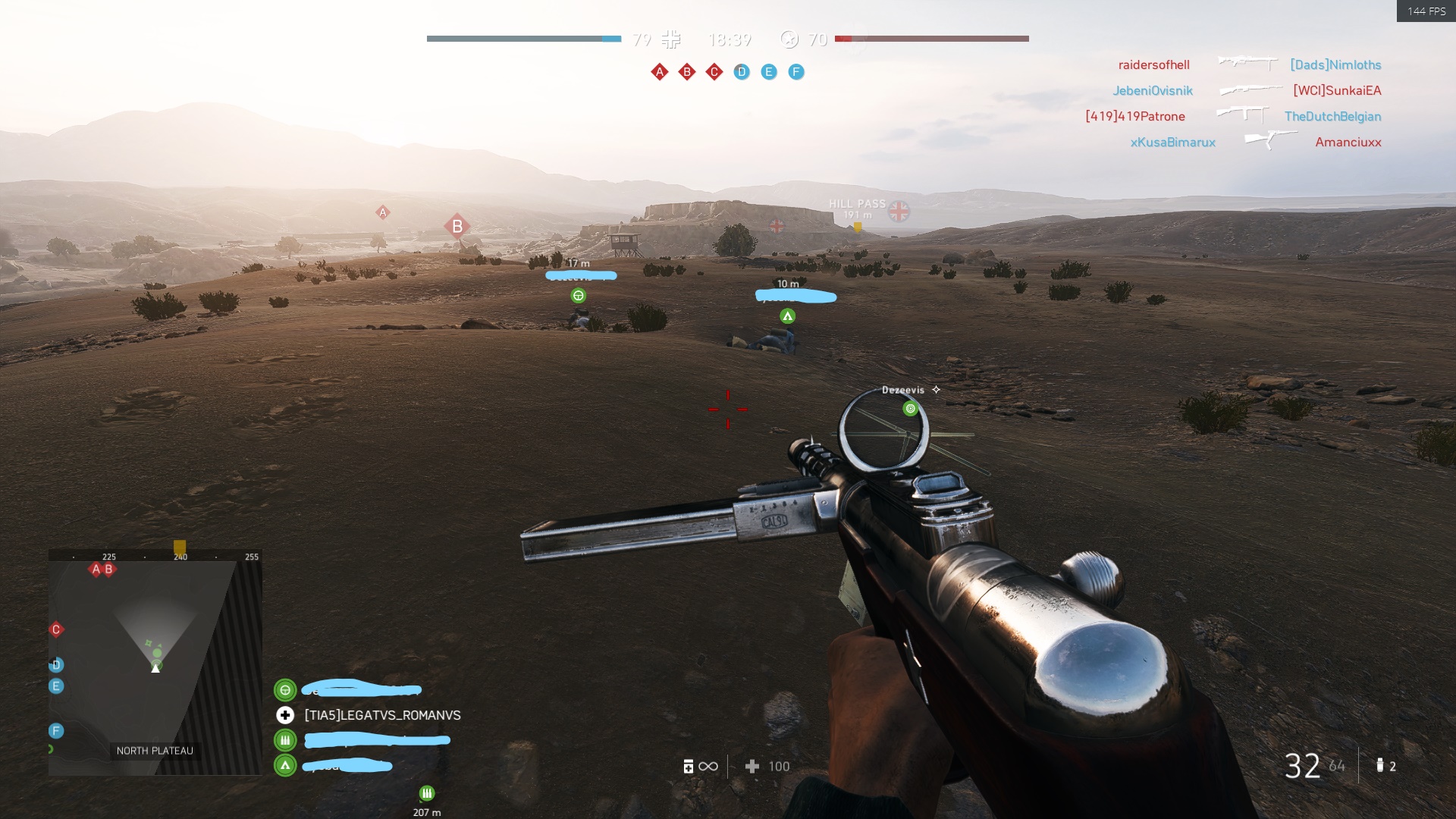 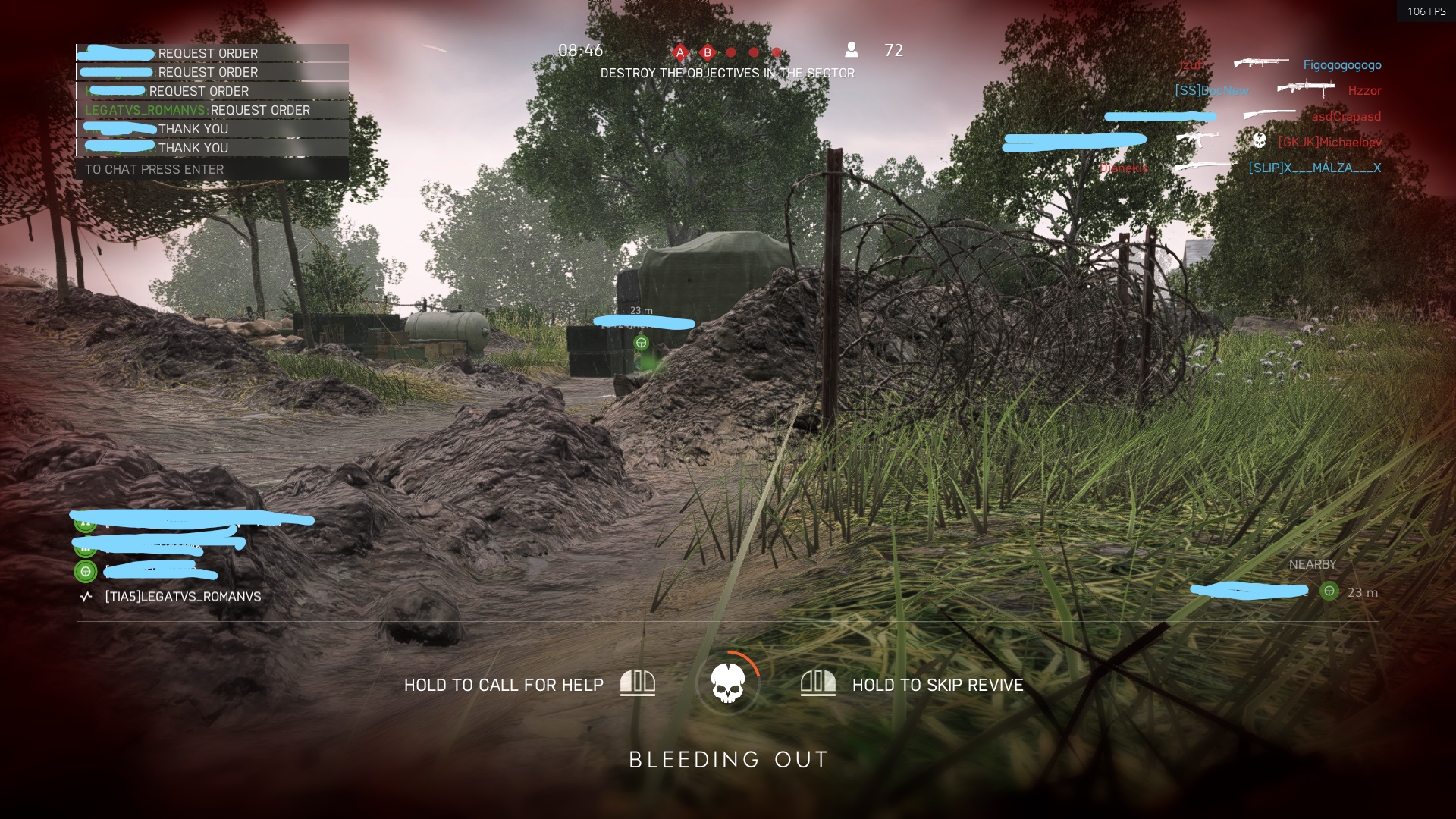 Some of the medics dont revive i dont deny it, but about this subject i will discuss down below here.


When you see more than 2 or 3 medics in one single time, it's because the map is Devastation and some assault turn medic so they can use the Thompson and Suomi, deadly in close quarters. These are the only two weapons they use, so handicap friendly that even a 3 year old child could be good to mow down half a map in hipfire. Just press the trigger and here it is your 90.000.000 rof gun that kills people in a millisecond. So easy to use i felt like a disabled 37 yo man the next morning when i woke up. Infact i dont like it. Nor the Suomi or Thompson and i barely use them if not to unlock golden stuff whataver. It's a personal thing.

And the funnier part is, they turn medic for that specific map and they dont act like a medic AT ALL. I have hours of recording in which assault turned medics (even the ones in my team) but not only assault turned medics, but medics as well, just camp behind rubble or corners or whatever with the Thompson or Suomi and NEVER REVIVE OR NEVER HEAL YOU. And at the end of the match they finish with a 60-4 score with Thompson-Suomi and they brag in the chat how skilled they are, and how crap your stats are because (i dont camp) and i have to revive people constantly.

Weeks ago i left the game for months. I was tired of the endless numbers of campers and cheaters in EU servers. When i temporarily left the game i was top 0.1% for heals and top 0.2% revives. I came back in months later, and guess what? After months of inactivity i was still top 0.1% and top 0.2%

I guess in the meantime the number of medics decreased by far in this game. Otherwise i cannot explain how im still top 01 - 0.2% lol.

The problem is, nobody play medic! And i think it's because other classes are too OP compared to the medic one. Why using a medic just to have a small boost in reviving your mates, when you can use a STG 44 or a SG 1-5 with 3x scope and laser kill people 1.5 miles away with laser accuracy and no horizontal recoil, with bullets travelling 140 kilometers per second? Only stupid people like me keep playing medic almost exclusively. And im happy about it. Even if my KD is not 5.50

And to conclude my post, id like to denounce that you can see through smoke grenades when you play low settings like me. I was wondering why lots of times i get mowed down while im reviving, even if i thrown smoke granades before the body.... and you can see through of them!!! Can you see the plane and the team mate body below the revive icon? 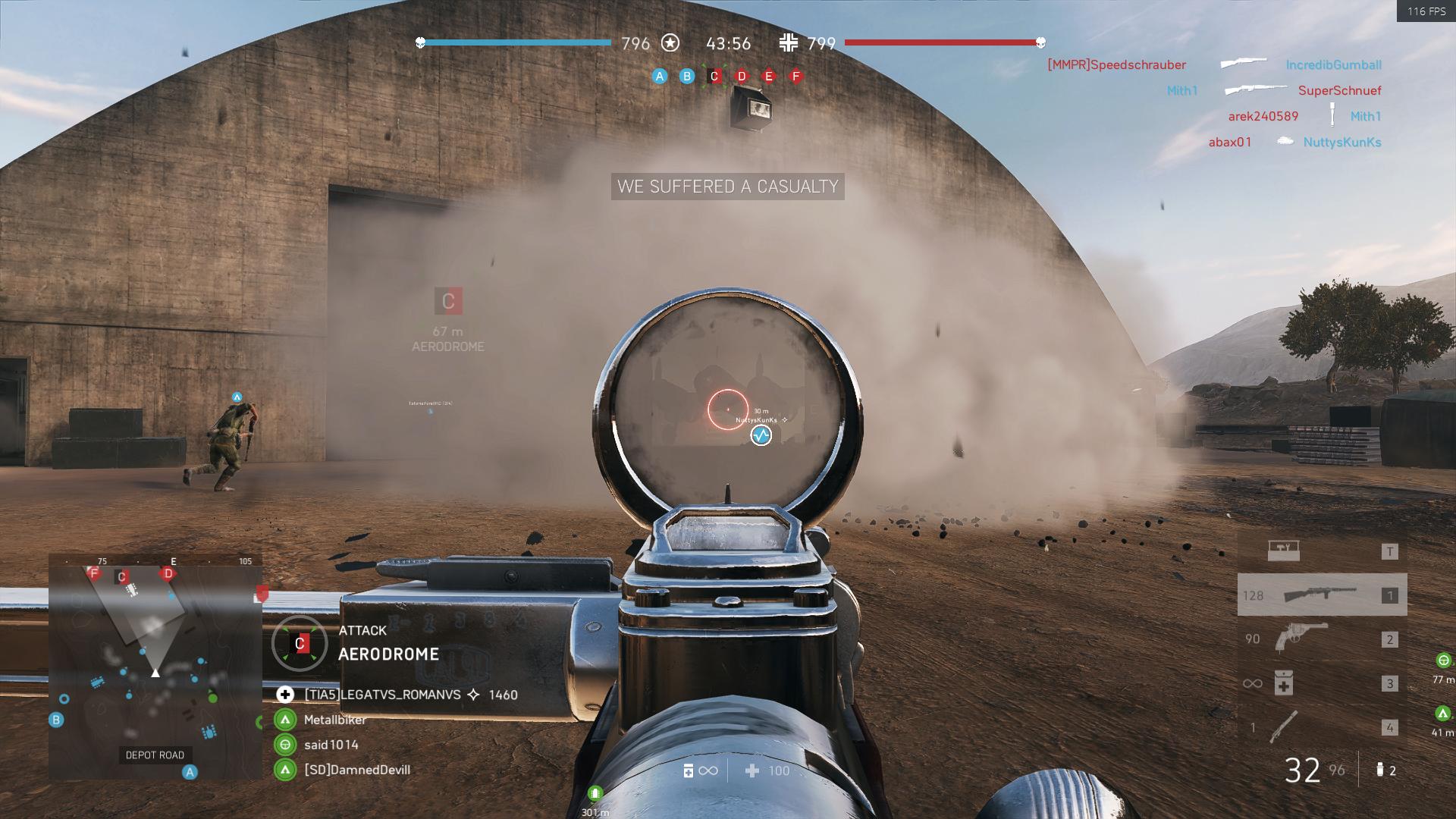