PeaceWeaver
210 postsMember, Battlefield, Battlefield 1, Battlefield V Member
August 15, 2019 12:10AM
If you don’t follow Reddit’s BF communities, you may have missed this:

It’s all good, but man, just look at those concepts for Europe... 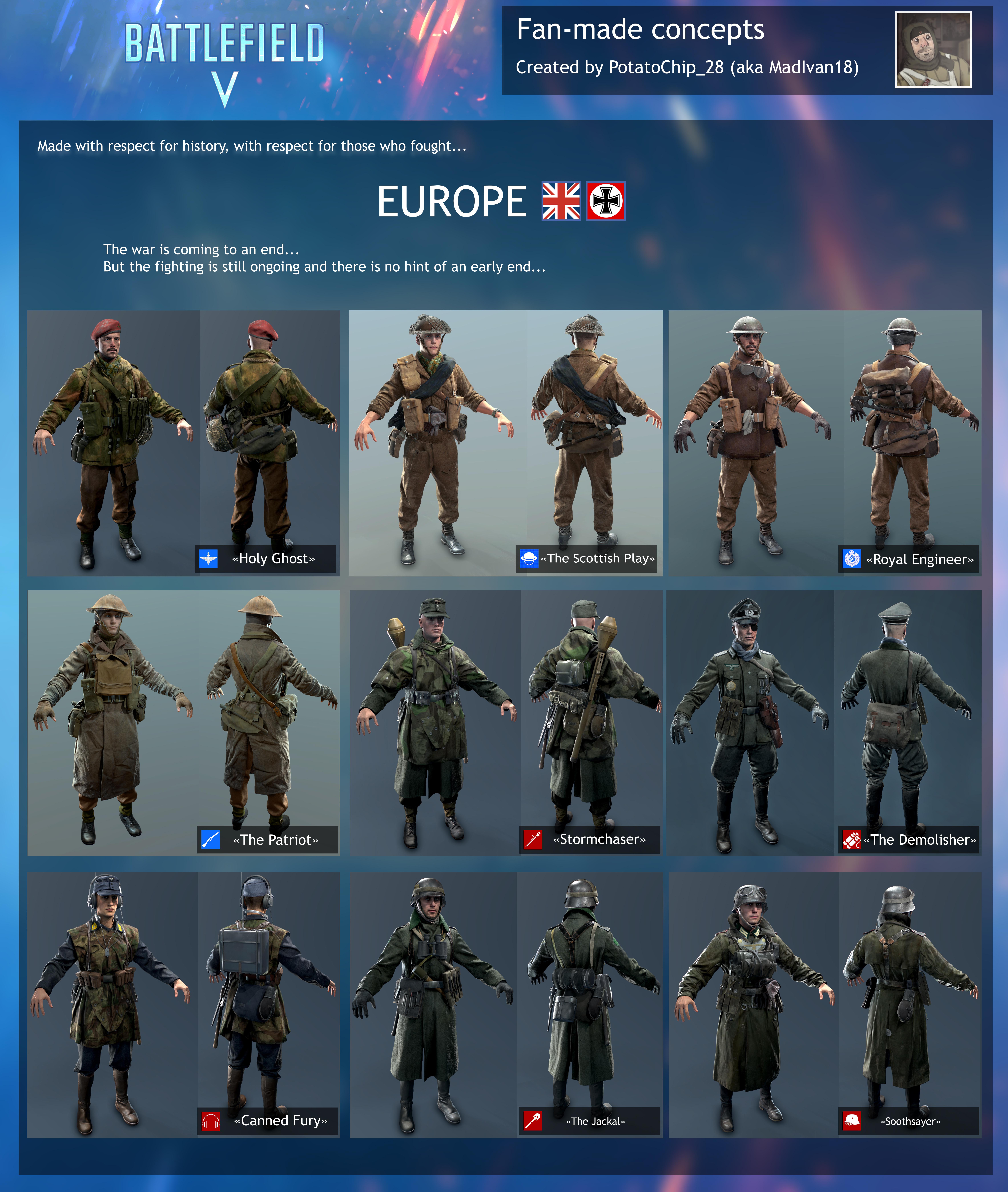 Would love to see a lot more of this sort of thing, and a lot less of the current Armory offerings.

... after some much-needed bug fixes, of course.