Our next update to Battlefield V delivers even more fixes, changes and improvements as our War in the Pacific continues - arriving on Wake Island later this month. We’re also pleased to confirm that Community Games will launch as part of Update 5.2. This feature launches later this month, where you’ll be able to create your own playlist of your favorite maps and modes, invite your friends and play Battlefield V your way.

Below, we’ve detailed all of the changes that we’re making with this update, including insight on the new damage values affecting gunplay at long ranges. We’ve performed a large rebalance across the majority of weapons, ensuring that there’s now a better variety of options to help suit different styles of gameplay for each class.

On behalf of the teams at EA DICE, we want to thank everyone for their support across 2019 and the thousands of hours of feedback that you’ve shared with us. We’re grateful for your support and look forward to seeing you on the Battlefield in the New Year.
‏‏‎ ‎ 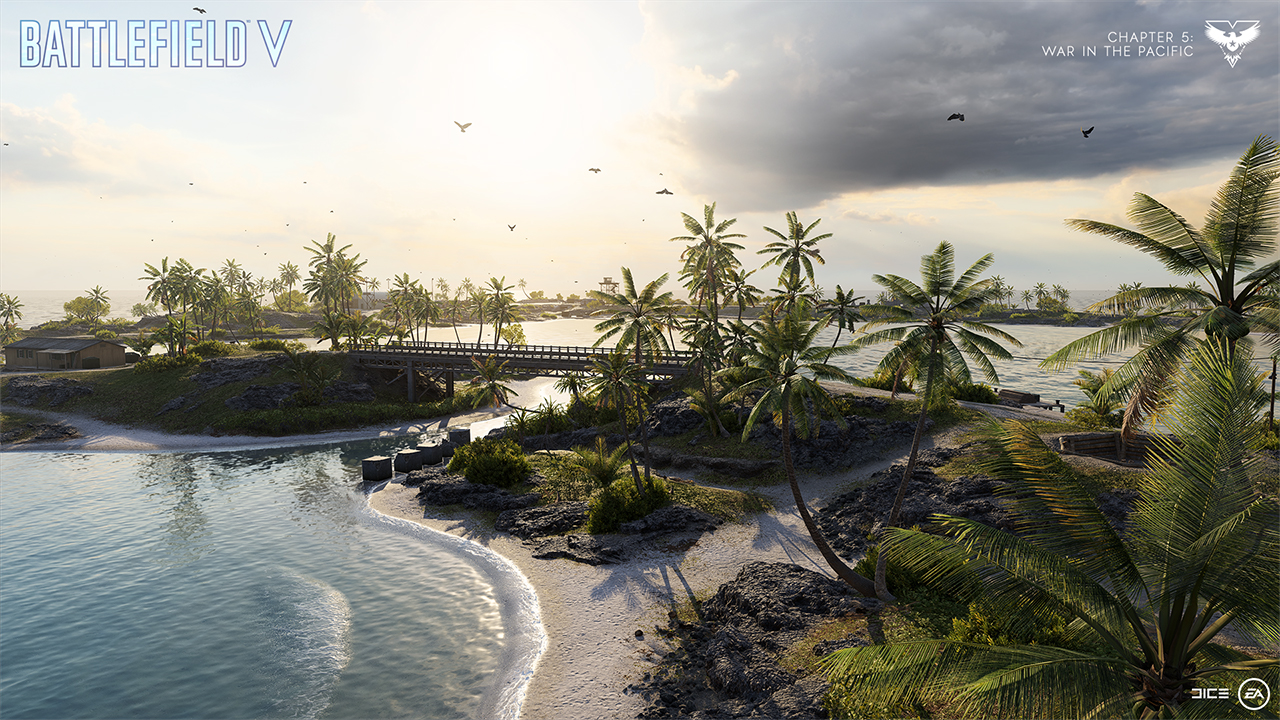 With this update, we're continuing our work on weapon balancing across the game, and with this update we're focused on addressing the damage values of weapons over range.

Note: Bolt Action Carbines, Sniper Rifles, and Anti-materiel Rifles have not been adjusted as part of this update. These have been addressed earlier in the year across previous updates, and we'll continue to review these Weapon Classes following these next set of changes.

SMGs will primarily receive heavy damage reduction at long range. Close range damage is only reduced on some very fast-firing SMGs. This strengthens their general role as close range weapons. Some SMGs have seen revisions to their existing damage model in a way that allows them to favor long range damage over close range performance, giving medics more tools for ranged engagements.

Rather high rate of fire. Reduced damage per shot and fast damage dropoff.

SMGs with extended drop-off. Easy to use at the cost of lower ROF. Generally good handling that does not impact ranged performance.

SMGs with reduced damage drop-off at the cost of lower damage output at close range. Allows Medics to get extra range on open maps.

Changes affect both minimum and maximum damage roughly equally, reducing close range performance more than long range performance when compared to SMGs. The M1907 SF has been revised so that it’s now treated like an SMG in order to ensure that Assault keeps a good option for close range gunplay.

AR with higher ROF and reduced damage per shot.

Hard hitting burstfire AR. ROF is rather low, as is damage drop-off. Best used at some distance.

Changes affect both minimum and maximum damage roughly equally, reducing close range performance more than long range performance when compared to SMGs, The FG42 and LS26 are treated like SMGs so that Support maintain options for good close range weapons. Flat damage is applied for the Madsen in order to keep it as a good ranged LMG option, while being very weak at close range.

LMGs with low to medium ROF. Decent damage per bullet give it similar effective range as the High ROF LMGs.

Medium to fast firing LMGs with good damage in close range. Fast damage dropoff limits effective range. Handling is not an issue for the distances the weapon is designed to be good at.

Highly accurate and controllable LMGs with a very low ROF. Constant damage per bullet has them unable to compete at close range, but very strong at longer ranges.

Less recoil adjustments are expected here in order to keep on using it for range limiting, since damage alone won't do at 1200 rpm. Bullet changes put the focus on very short range or weakness at close range traded for better ranged capabilities.

Very fast firing MMGs with good start damage, but fast drop off. Handling needs to limit range further, as the damage drop off alone is partially offset by the high ROF and large magazine capacities for MMGs.

Medium ROF MMG with good damage per bullet and gentle dropoff. Not the best up close, but good handling and damage dropoff give it better range than other MMGs.

Tweaks are heavily dependent on the specific weapon. Performance is generally reduced at all ranges, but ranged performance should remain above average for most SARs.

With its fixed, decent damage and medium ROF, it can take care of enemies at any range quickly if landing headshots. Recoil is low, but low magazine capacity and damage per bodyshot make it unattractive if not going for headshots.

Medium ROF and good maximum damage make it very good for closer ranges when combined with its big detachable magazine.

Fast firing SAR with medium damage per bullet. Not good at close or very long range, but the in between.

Has a longer reload but slightly less recoil and faster bullets make it a bit easier to use.

Effective Range: 20 m and beyond

Rather slow firing SARs with good damage per hit and ranged capabilities. Recoil is balanced around magazine capacity and reload, with the M1 Garand coming in very low.

Changing damage is not viable on SLRs. Adjustments made via reduced ROF.

Slow firing semi automatic rifle with a very strong bullet. Damage drops off at long range.. At closer distances, they can keep up with regular SARs, but are less forgiving.

Effective Range: 30 m and beyond

Very slow firing semi automatic rifles with an extremely powerful bullet. They can keep up with or even beat the heavy hitting semi SARs, but are less forgiving to use due to their ROF.

Reduced one hit kill range for all ammo types. Around 2 meters less.

Fast-firing semi automatic shotgun with a rather low effective range.

Triple barrel combination gun. The two buckshot barrels can be fired in quick succession and have the best effective range of all shotguns. The rifle barrel fires a unique bullet that is different from slugs in that it can always kill with a headshot.

No further changes have been made.

No further changes have been made.

No further changes have been made.
‏‏‎ ‎ 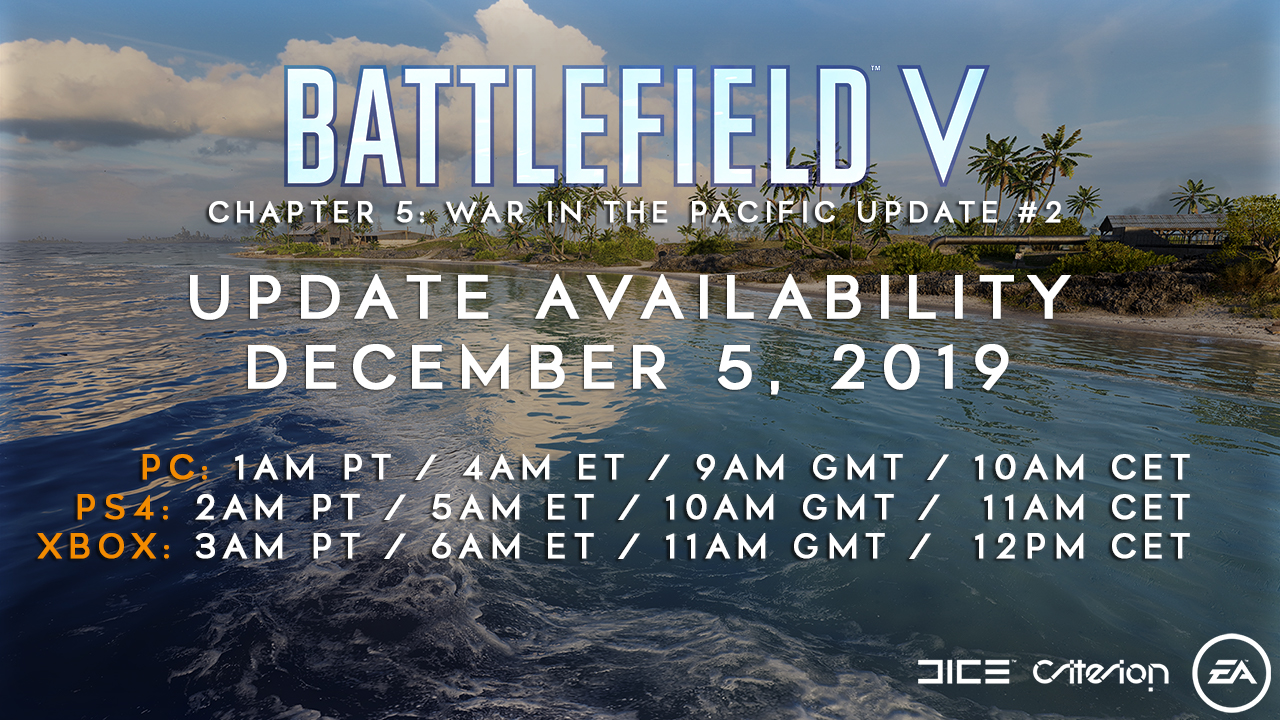