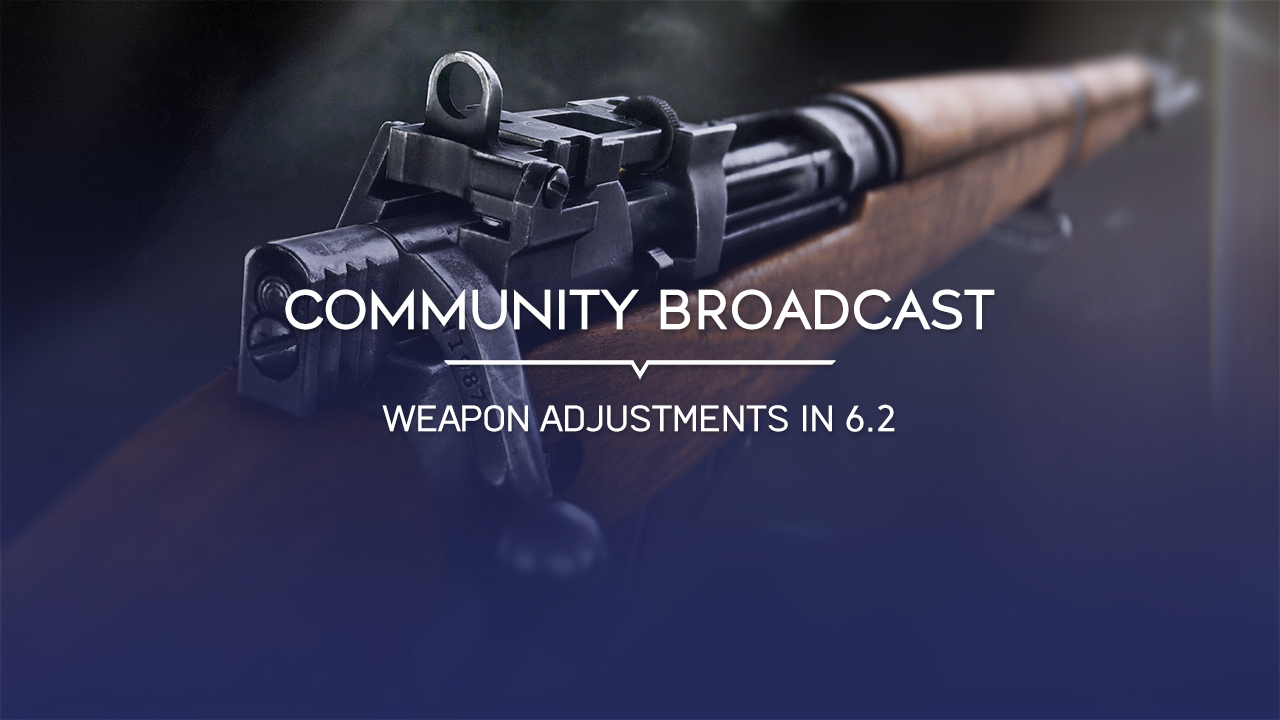 Next week we’ll be releasing Update 6.2 that includes tweaks, adjustments, and fixes to Weapons & Gadgets, Vehicles, Soldiers, Maps & Modes, Sound, and improvements to Stability and Performance. We’ll also be bringing Tank Body Customization to Battlefield V - but we have a separate Broadcast for that.

We know that one of the biggest conversation topics of which we’ve received a plethora of feedback and data on has been the weapon changes that came with Update 5.2 / Hotfix 5.2.2. As noted in the previous Community Broadcast by Global Community Manager Adam “PartWelsh” Freeman:

We will continue to operate a damage model that ensures that weapons that are designed to be lethal in close quarters will still do less damage beyond 30M than experienced in 5.0, however we’re making adjustments to the damage curves to ensure that the damage drop off doesn’t feel as instant or severe. Weapons that should be more effective at range such as the Semi Auto Rifles and Pistol Carbines will have their damage drop offs extended, ensuring that they regain a purpose closer to their design and perform significantly better at range. Similar changes are also being made across MG’s and AR’s. (Source)

What did we adjust?

Update 6.2 returns the base damage at range values of most weapons to those of 5.0 while maintaining a drop in ranged damage that is smaller than 5.2 or 5.2.2.

Additionally, ranged damage is now based on a weapon’s class rather than rate of fire. For example, Assault Rifles and LMGs will hit harder at range than SMGs with the equivalent rate of fire.  Recoil and accuracy values have been adjusted to be consistent with the values in 5.0. The only exception is the Type 2A, which has had a substantial increase in recoil to balance it within the the SMG class.

Bolt Action Rifles now have higher muzzle velocities across the board.  These weapons are Battlefield's longest range weapons, and are out performed by other weapons due to the bullet velocity. This adjustment will return Bolt Action Rifles to be the kings of long and very long range combat.

We’ve increased Type 11 muzzle velocity slightly for both the default and High Velocity bullets. This should help differentiate the Type 11 more from the Bren and make its ranged performance stand out. 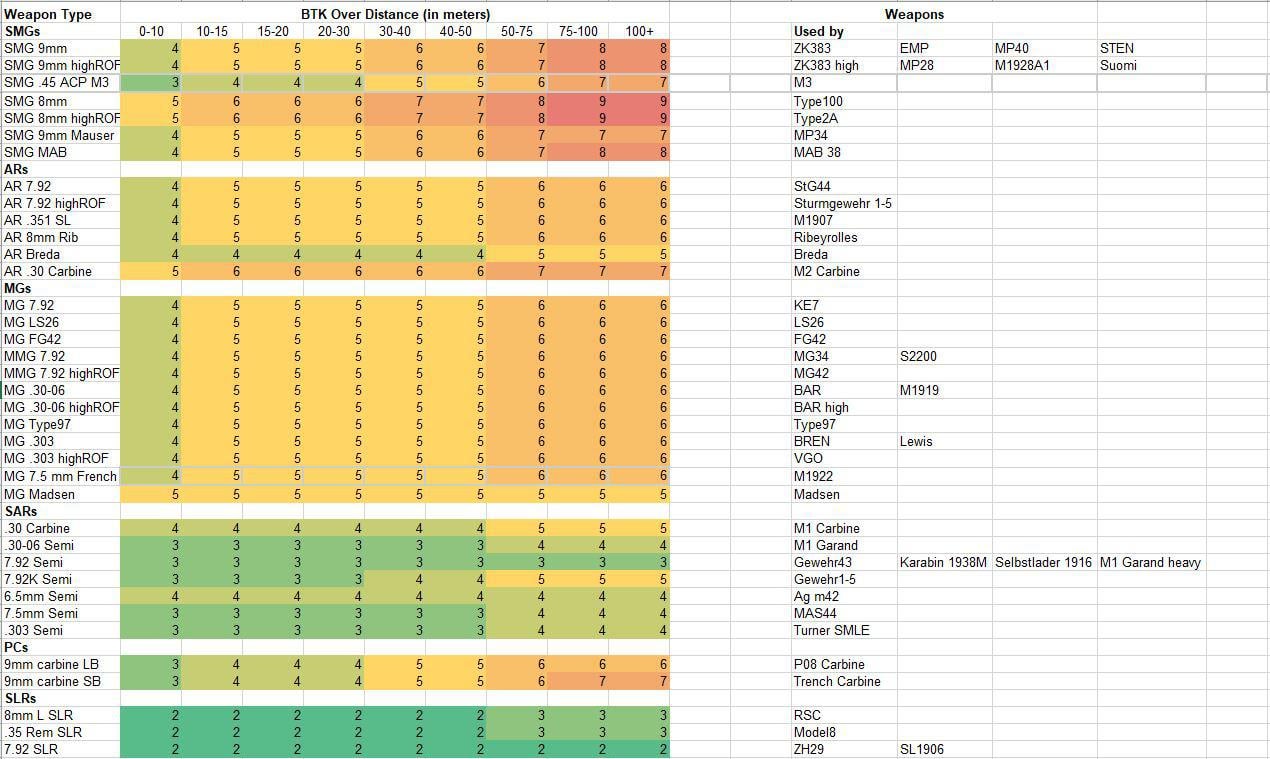 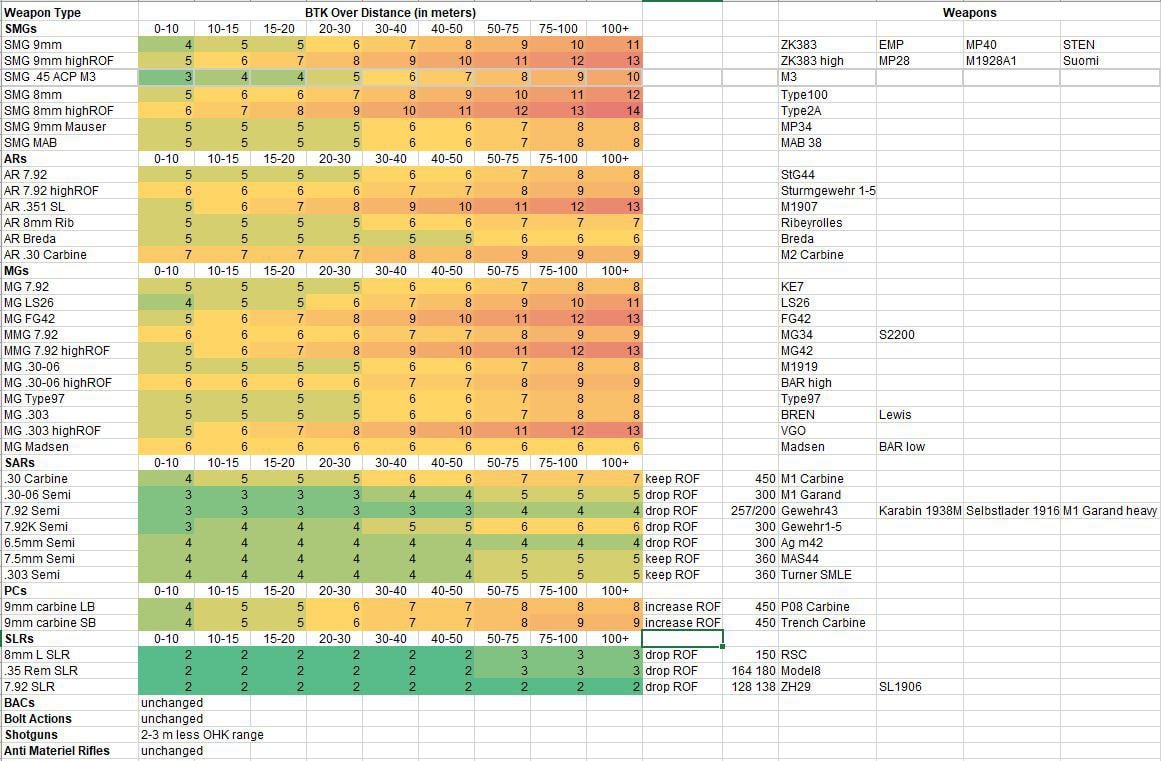 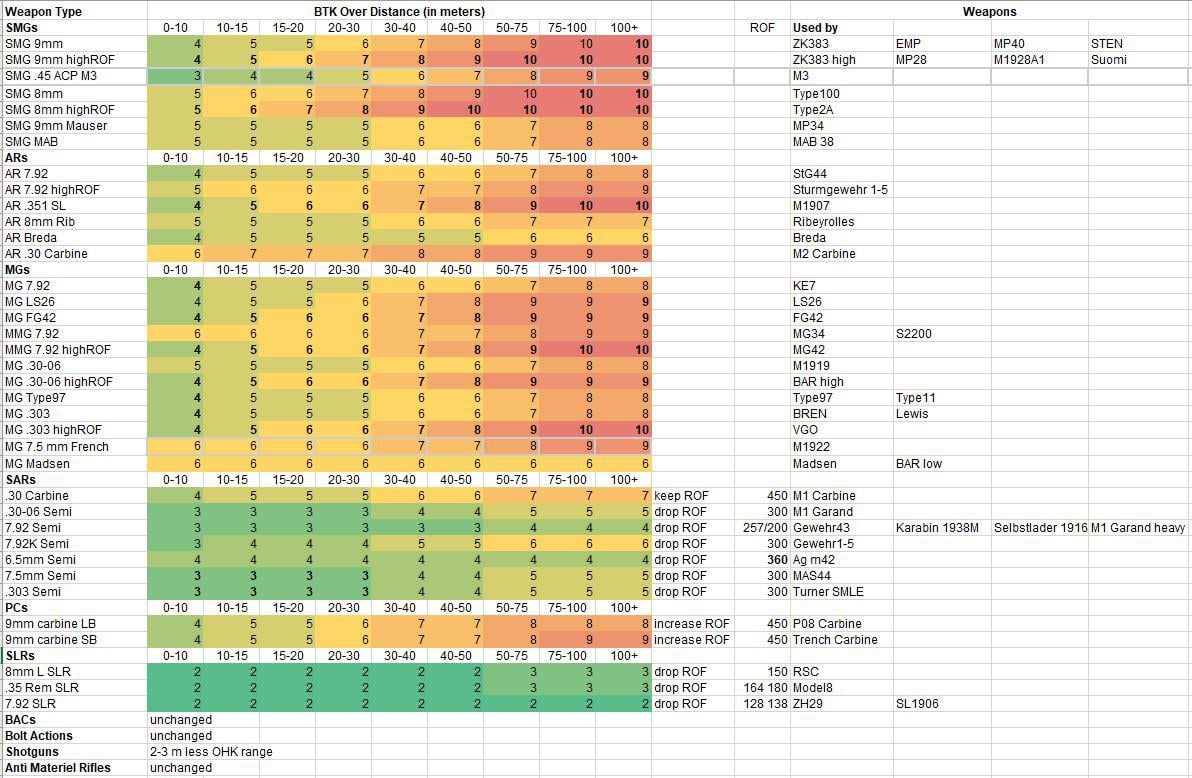 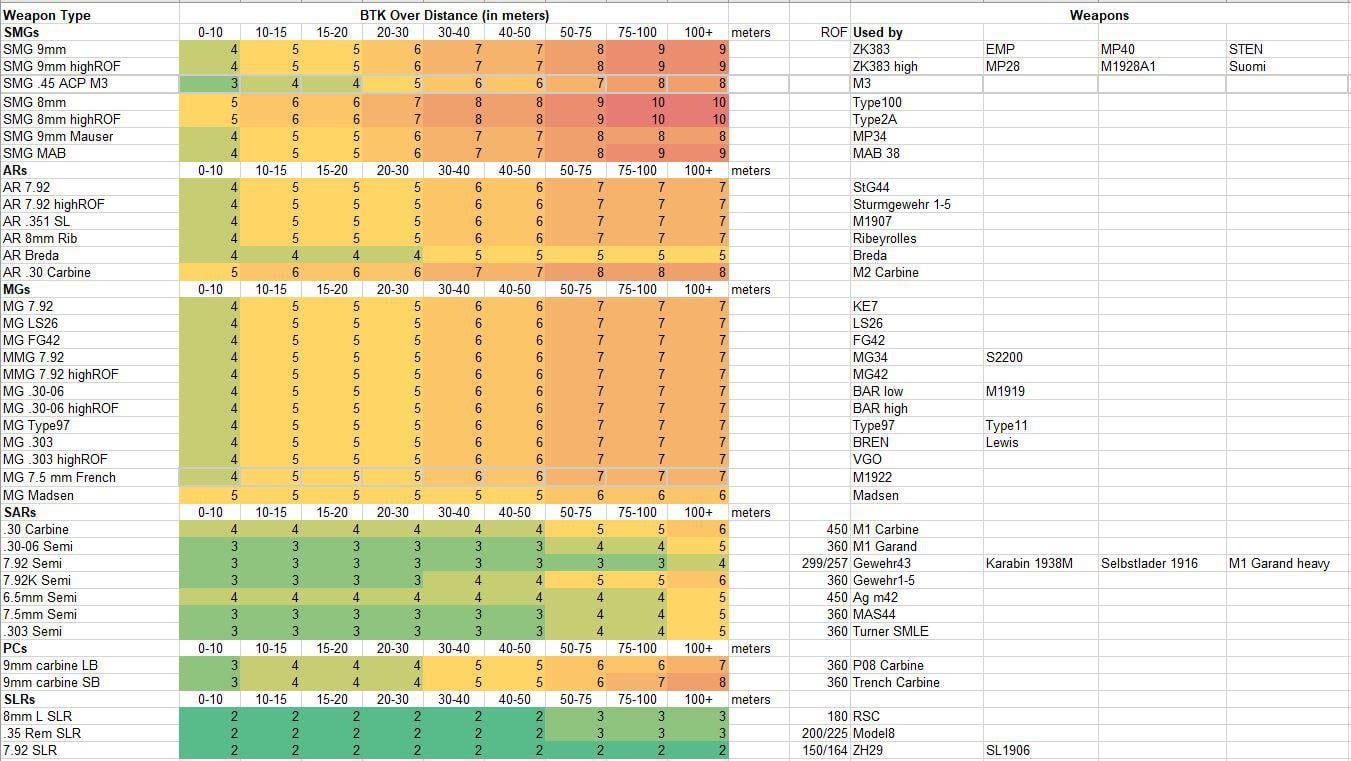 (PLEASE NOTE: If you see a variation of a weapon, such as the M1 Garand Heavy, this is the variation with the Heavy Load Specialization. The BAR Low is the standard BAR, the BAR high is the BAR with the higher ROF specialization.)
Additionally, here's details on the Recoil/Accuracy tweaks:
Suomi:
Thompson:
ZK-383:
MP28:
Type 2A:
Type 100:
M3:
M2 Carbine:
Lewis:
Gewehr 95/30:
SMLE No.4 Mk I:
Kark98k:
Krag-Jorgensen:
Type 99:
Type 11:

What does this all mean?

The goal is to keep a high pace in close combat and to have a lower, but satisfying pace at distance.