Our 6.6 Update combines the work that we’ve performed on Battlefield since our last update in March, seeing improvements and fixes developed originally for a 6.4 Update in April added to our most recent work on the game and is detailed below, in full.

In addition to a wave of balance changes made to improve the experience using and fighting against Vehicles, we’re introducing Twisted Steel to Outpost, starting a new wave of Weekly Missions with new rewards, and adding in all new Vehicle Body Dressings.

Akira Sakamoto and Steve Fisher are also joining the Elites roster when 6.6 goes live this week.

Our next update for Battlefield V is targeted for release in June, and delivers all new content for the game. You can read more about the future of Battlefield V here. 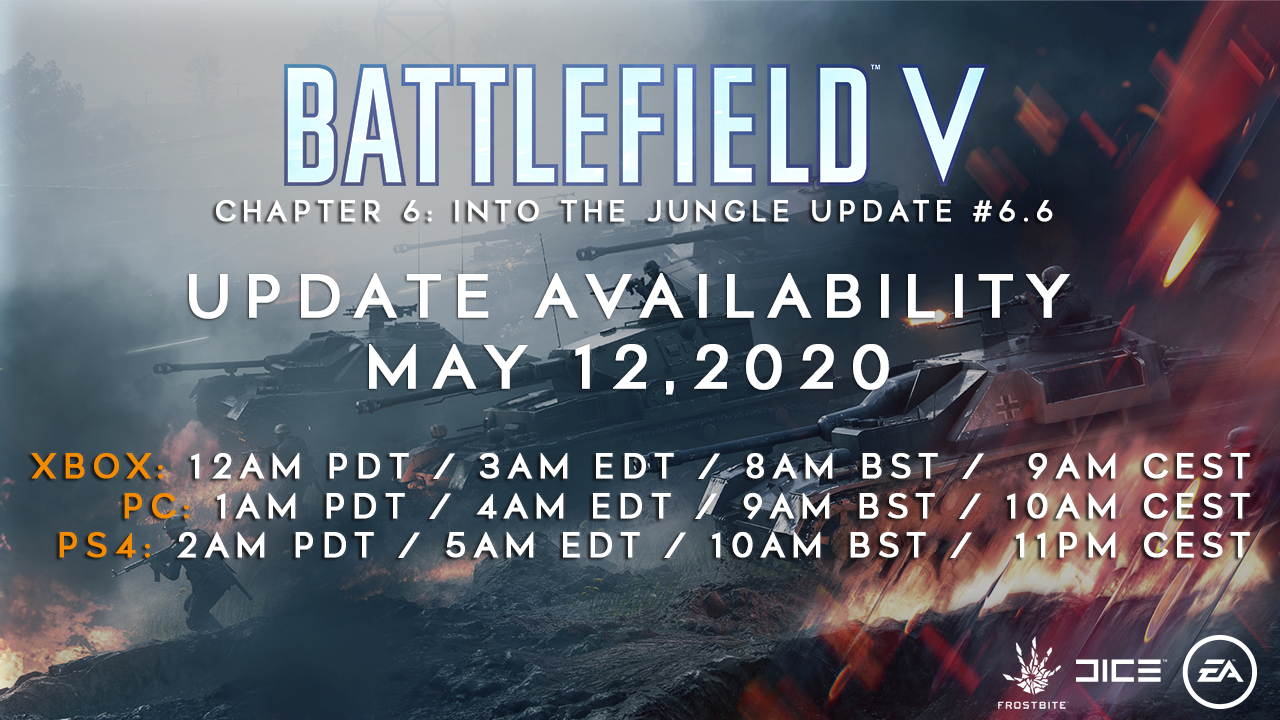