Last week, we set in motion our plans to deploy the Summer Update for Battlefield V.

We recognize that there are more important conversations taking place in the world today, so you haven’t seen us publish promotional material around the update this week, similar to how we have in the past on Battlefield V.

We’re otherwise encouraging that we all take notice of what’s happening in the United States, as well as other places around the world, and ask how we can all do more, as we must do more.

Yesterday, we at EA committed ourselves to education and driving meaningful change through actions. This is a long-term commitment that you can read more about here.

Racism should not exist in our society. We stand with all of our African-American / Black colleagues and partners, families and friends, and everyone around the world who is ready to see it end. 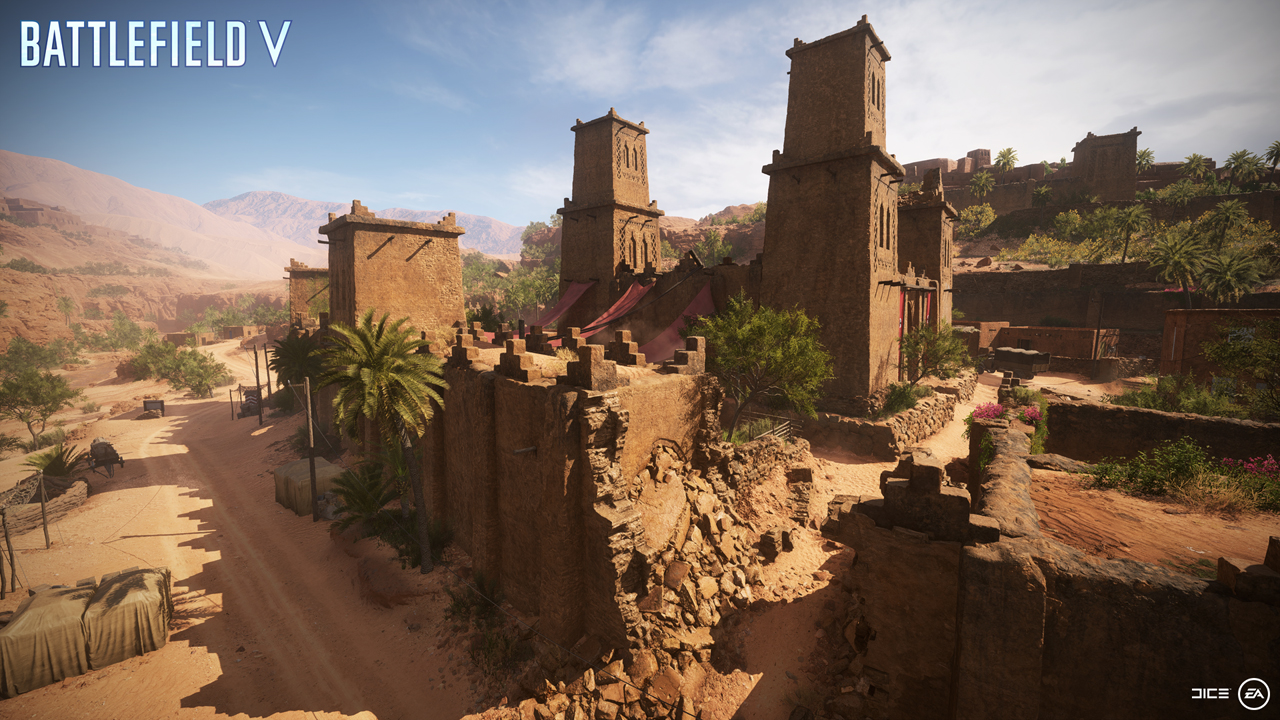 Today we’re informing you here of what to expect when the Summer Update goes live tomorrow morning.

The first of the two maps is the all-new Al Marj Encampment. Set in Libya, this is an infantry-only map, where you can expect both close-quarter fights and ranged combat depending on where you are on the battlefield. It’s 64 players on Conquest and Breakthrough, with additional configurations available on Squad Conquest and Team Deathmatch.

The second map is a redesigned and expanded Provence. The play area has been extended to include the farm land, and areas around the outskirts of town, bringing tanks into this battlefield on 64-player Conquest, and Breakthrough.

In the full Update Notes below, I’ve listed out all of the new weapons, gadgets, and grenades being added in this update. Players who download and login to Battlefield V throughout the next few weeks will receive these items as login rewards, which you’ll be able to accept from the Armory, and equip via the Company. Later in June, these items will revert to the Company for purchase with Company Coin, for anyone who wasn’t able to login and claim the items during this time.

The update goes live tomorrow morning across all platforms starting at 07:00 UTC and I’ll keep you updated via the usual channels on its rollout.

Below you can read the complete set of changes coming as part of this update. 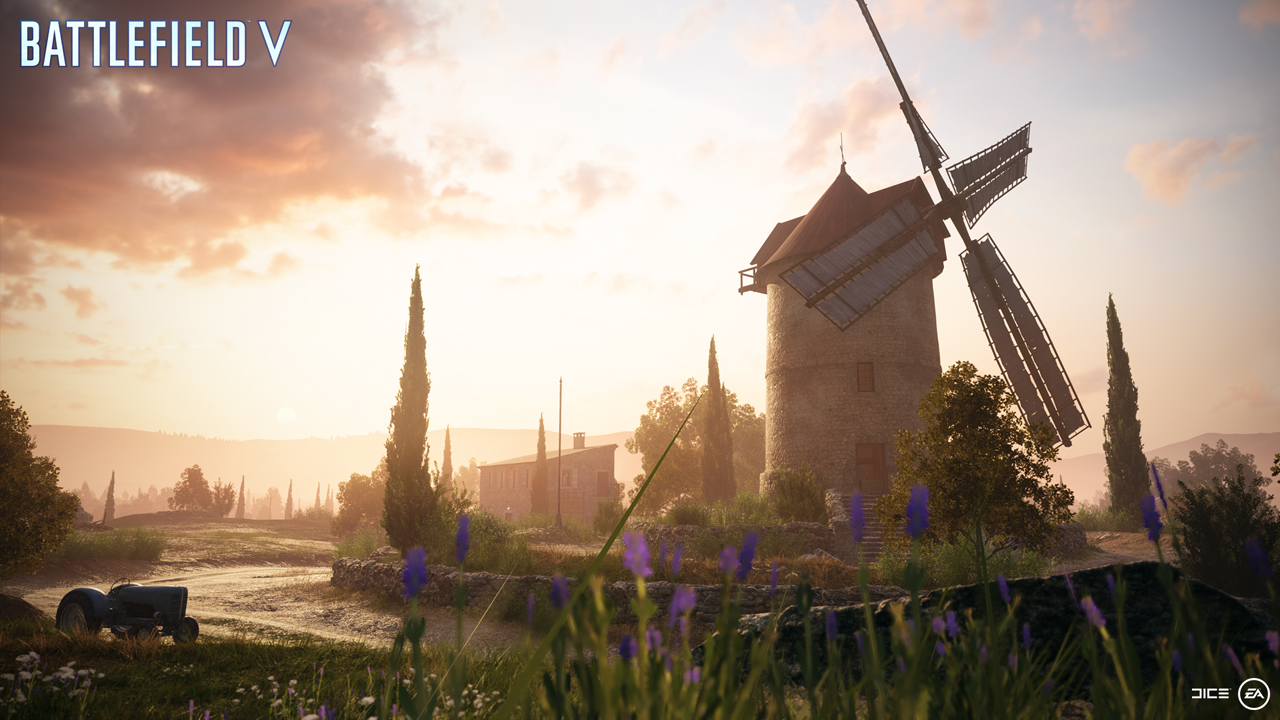 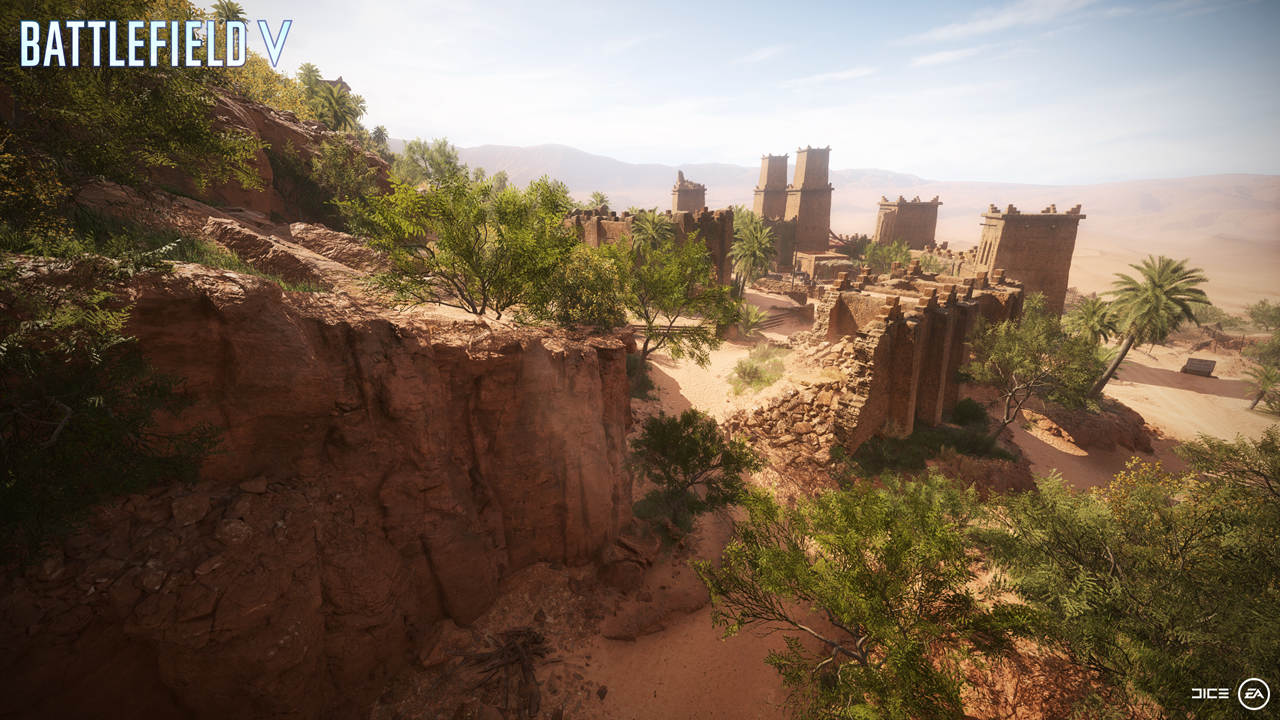 You can reach them on Twitter @PartWelsh and @Braddock512.
‏‏‎ ‎
‏‏‎ ‎ 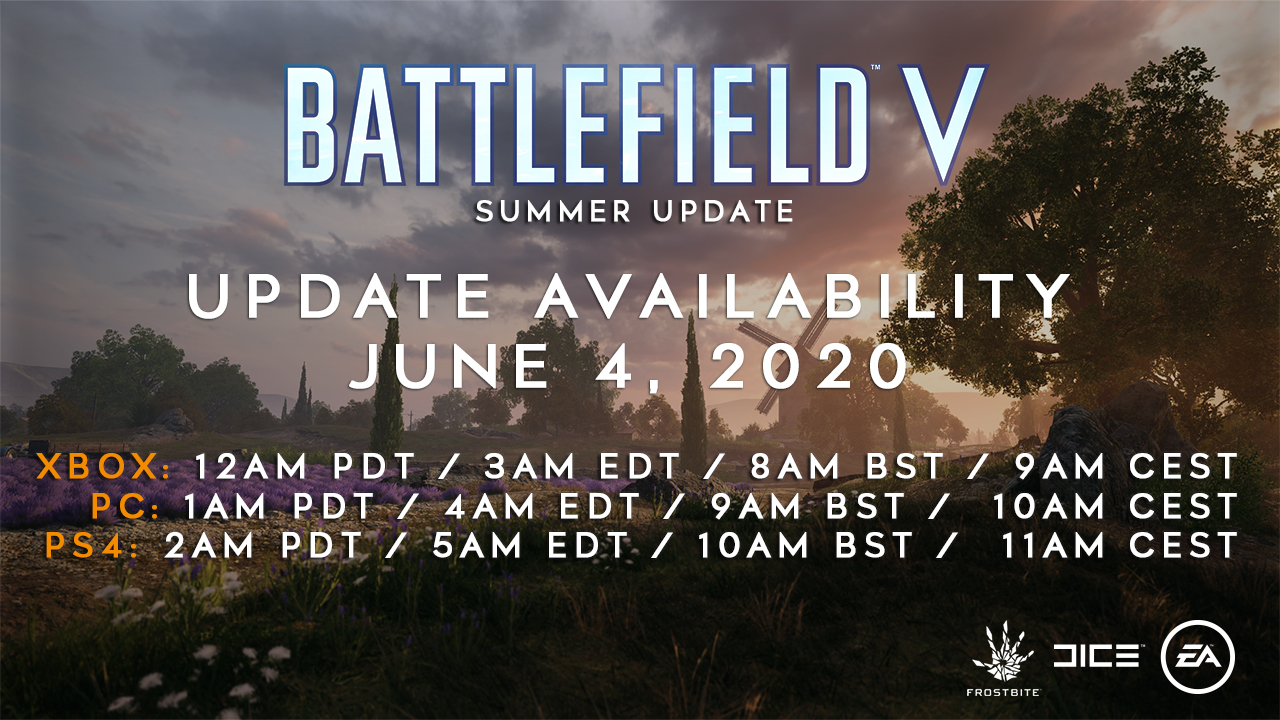 Post edited by PartWelsh on June 2020
13
Reply to this topic
This discussion has been closed.