June 24, 2020 12:11PM edited June 2020
Hey Folks,
‏‏‎ ‎
Tomorrow we'll be updating Battlefield V to address some issues introduced in the 7.0 Update.
‏‏‎ ‎
This is a small patch focused solely on resolving these issues, and delivering a handful of new cosmetics that missed our last Update Sprint. We'll be releasing this update at the times detailed at the foot of the post, and we'll have no downtime during this maintenance. You'll be able to grab the update as soon as it's released and hop back into matchmaking once you have it.
‏‏‎ ‎
Estimated Update Sizes:
‏‏‎ ‎Freeman // @PartWelsh 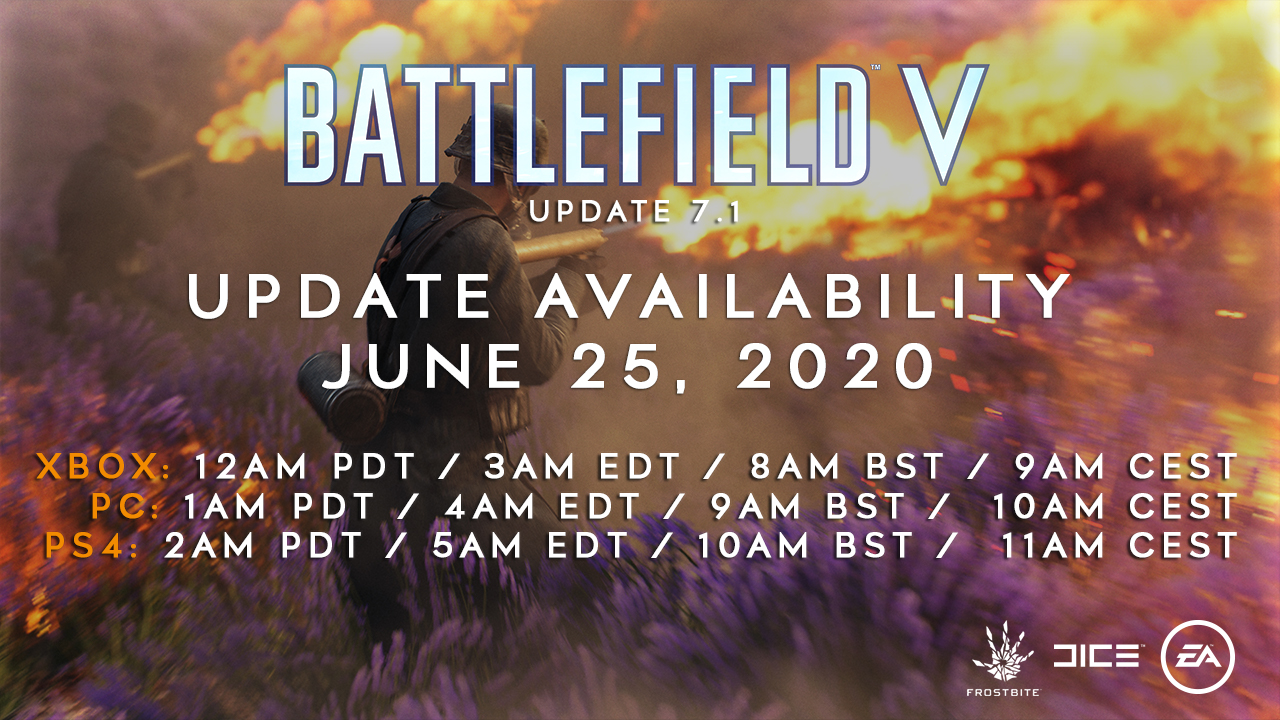 
9
Reply to this topic
This discussion has been closed.