How can you use the Ilya Muromets Bomber effectively? 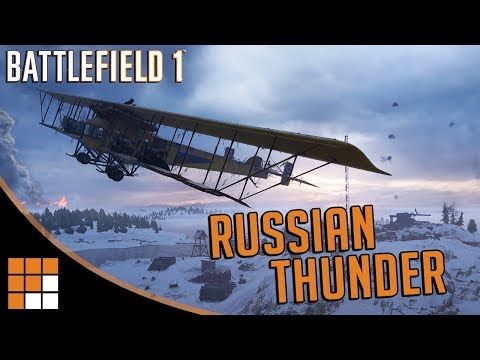 The Ilya Muromets Bomber is neat because it is so big and has a alot of potential as a bomb dropper. At times I have been on maps like Cape Helles where the enemy had very skilled pilots and repeatedly bombed me at choke points in front of the flags so that my team was hardly able to advance and my team lost. Other Ilya pilots have commented that they love to use the Ilya bomber when the enemy gets too tough for them on maps like Galicia.

How do you use this bomber? I have flown it or ridden as one of the two gunners maybe 20-40 times already - enough to make 9 kills with it, but it's difficult to fly and about as difficult to make kills with for me - IOW, I have big problems both flying and shooting with it. Of course, the first problem that comes up is that it's not available on alot of maps, and even when it comes up, I die quickly flying it, either from accidents or from enemies shooting. So I just get a few chances every few maps to use it.

The second problem is flying it. It is pretty slow, which is OK when it comes to making sure that it flies straight and making sure that you know where it is going. But the slowness also makes it very slow to turn. So most times when I start flying it, it ends up going out of bounds. Basically, I make a run over a target, and then I immediately need to think about turning it around, both to make a second run on the target and to make sure that it doesn't go out of bounds. And depending on the map, the boundaries of the play field can be set so close to the target capture flags that even when I am turning as hard as I can in an out of bounds area, I can't get it back into the playing zone before the 10 second count runs out and I am considered a "deserter."

The third problem is shooting targets. There are three tools if you are the pilot. The first tool is the cluster bombs, which I have made maybe two kills total with, and are the primary weapon. The first problem with using the bombs is that you have a tough idea of where your targets are. You can make a general guess that they are in a circle around the enemy flags, or you can see a few tiny dots near the flags. Next, you can fly your plane over or close above the enemy flags. You must also drop your bombs near the enemy flags. This sounds pretty simple. But it's not as if you are looking at the ground where your bombs are going to fall at the same moment that you drop your bombs. You of course can guess with timing about where your bomb will land based on an imagined arc drawn based on your height and speed from the ground. But I don't have much way of knowing what that arc looks like because I don't see the ground at the moment that I fly over it, nor is there a crosshairs or red dot highlighted onto the ground to show me where it will fall.

Your second weapon is your machine gun as a pilot, but that's hard to use too because it aims and shoots sideways from the direction of your flight path. Plus, your gun barrel feels pretty slow to move within your flight path due to the fact that it seems fixed to your plane and the way to aim the barrel seems to be to tilt your plane. In a sense, this would be like having to aim a machine gun by moving the angle of your whole body while running instead of just moving your wrist or arm by themselves.

Your third weapon is your camera. I take it that this weapon highlights as Red Targets the enemies that it photographs. I guess that this is kind of helpful for your teammates on the ground or a bit helpful if you succeed in turning your slow-moving plane around 180 degrees and flying over the same target area again.
0