Rogue Transmission: ''Arecibo Observatory will have to be demolished'' 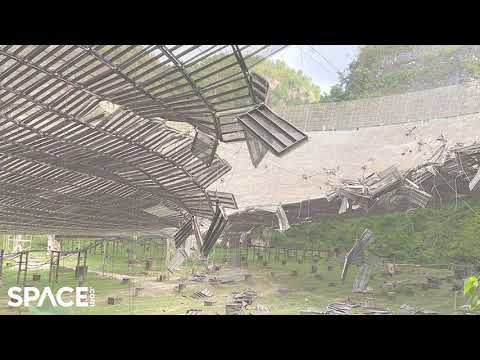 ''The recent failure of two support cables at the Arecibo Observatory in Puerto Rico has destabilized the structure such that it cannot be repaired without placing construction workers at significant risk, according to officials with the National Science Foundation. As feared, the beloved 1,000-foot telescope will have to be decommissioned.
As if 2020 couldn’t get any worse, we received news this morning that the giant dish at Arecibo will have to be demolished.''
https://gizmodo.com/arecibo-heartbreak-iconic-seti-dish-will-be-demolished-1845714893
I'll always remember the first time that I saw this incredible structure in 007 Goldeneye. As a kid I thought that it was so cool and I was amazed by the size of it and then I learned its purpose... Search for Extra-Terrestrial Inteligence (SETI). It blew my mind that humans were capable of building something like that to explore the universe and maybe one day confirm that we are indeed not alone in the emptiness of space.
Arecibo Obversatory will soon be gone but because of two of my favorite video games, Goldeneye 64 and Battlefield 4, I'll never forget it and it will always have a special place in my heart.
0