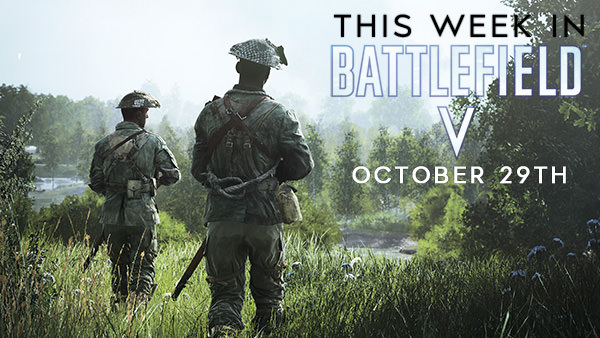 Welcome to the October 29th edition of This Week in Battlefield V!

The focus over the next week is on the maps of Battlefield V, joined by details of our progression and economy systems as well as information on what to expect if you’ll be playing Battlefield V on PC come launch.

Edit: DELAYED, BLOG - Battlefield V PC Player's Guide - Prepare your best rig and reap the benefits of Battlefield on PC. We will update you once the blog is back on schedule.
Post edited by danmotoxx on October 2018
0