It's just not a good look, Dice

** Disclaimer: Mods this thread is NOT political in nature, it has nothing to do with politics and all to do with questioning Dice's priorities. If you feel like anything in the post is not appropriate please ask me to edit it rather than go with the usual thread lock.


*** Please keep political discussions out of the thread as any mention of it will likely get it locked.

Dice had a party I think in LA last week to celebrate the release of BFV. Cool. Everyone deserves to party after a job... done.

Enlarge the pic and read the small text (Smaller than the #Everyonesbattlefield part). It's some of our quotes. Not ours specifically but the quotes of some of our fellow idiots in the community. One of them was a thread here actually I think. 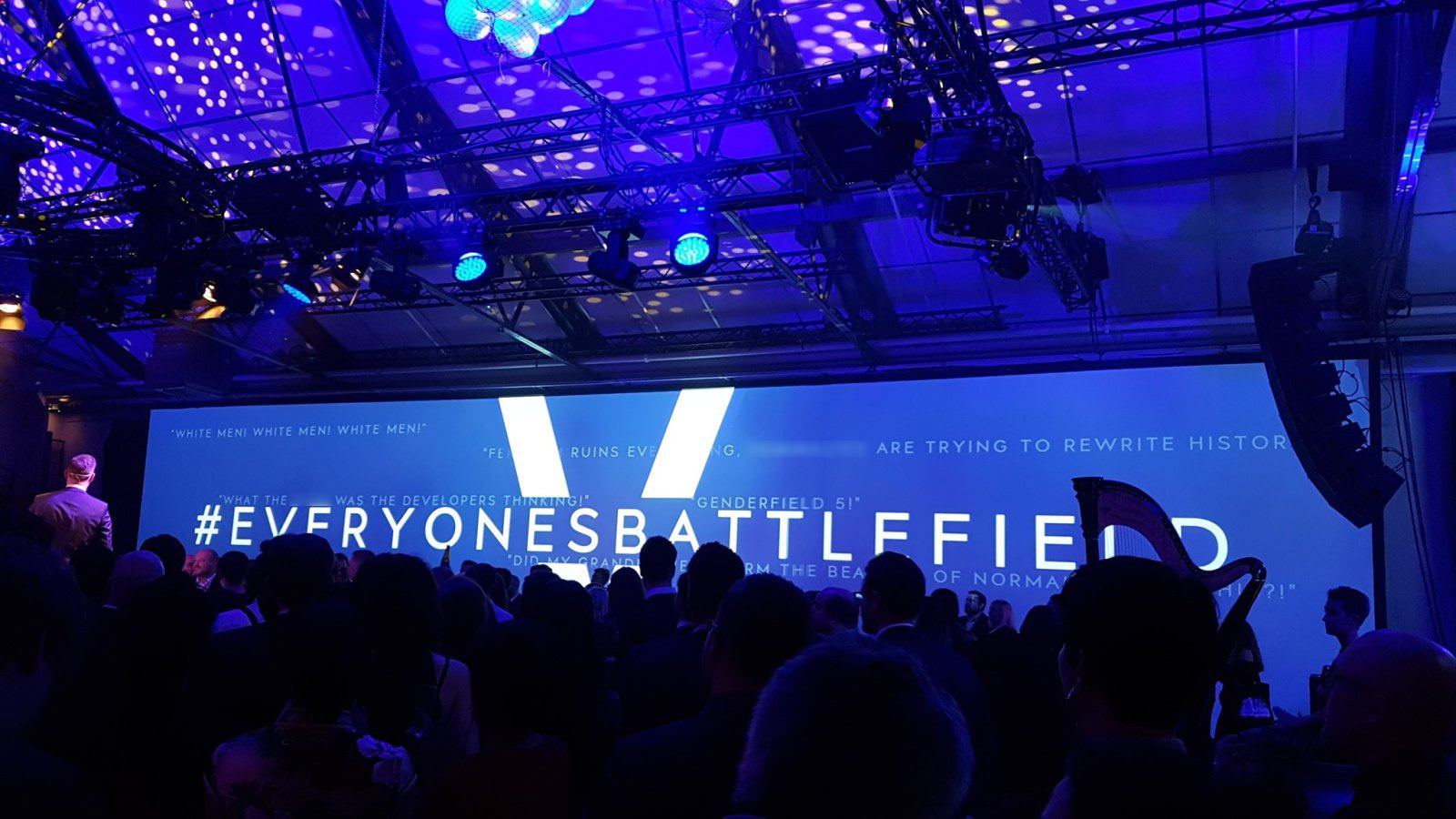 So Dice is taking such a beating from the community and the gaming community at large and they're acting like the victim. This is the same friction that idiot EA wig conjured up when he said my way or the highway don't like it don't buy it. Again this has NOTHING to do with the politics part and EVERYTHING to do with FRICTION. The EA wig decided to build a fence between himself and the community. And we know the result of that: He got canned, the game has (Likely) suffered sales wise, and the gaming community at large has made it their mission to trash the Battlefield franchise.

My question is… Dice, why are you following in his footsteps and creating friction between you and the community? Yes, the people who make the comments in your picture are idiots (And we the community would like to distance ourselves from them) but they're the same people the guy got let go for insulting. They're part of the target audience pie you’re trying to sell the game to.

So that political stuff shouldn’t be your priority *** at this moment in time *** . Fix the game and get out of the politics you keep telling us on the forums to get out of. Seriously, The game needs work, needs fixing. Keep the women, it's fine a lot of us get that IT’S A GAME, some may prefer authenticity but it remains a game so the mature ones in the community those of us who maybe able to set the tone on the forums and reddit and twitter we can help you by calming down the loud, angry, immature minority. BUT Dice right now should be about priorities. Just look at the text in the picture. Not a good look Dice. Stop acting like the victim and stop creating friction between you and the community. Fix the goddamned game.