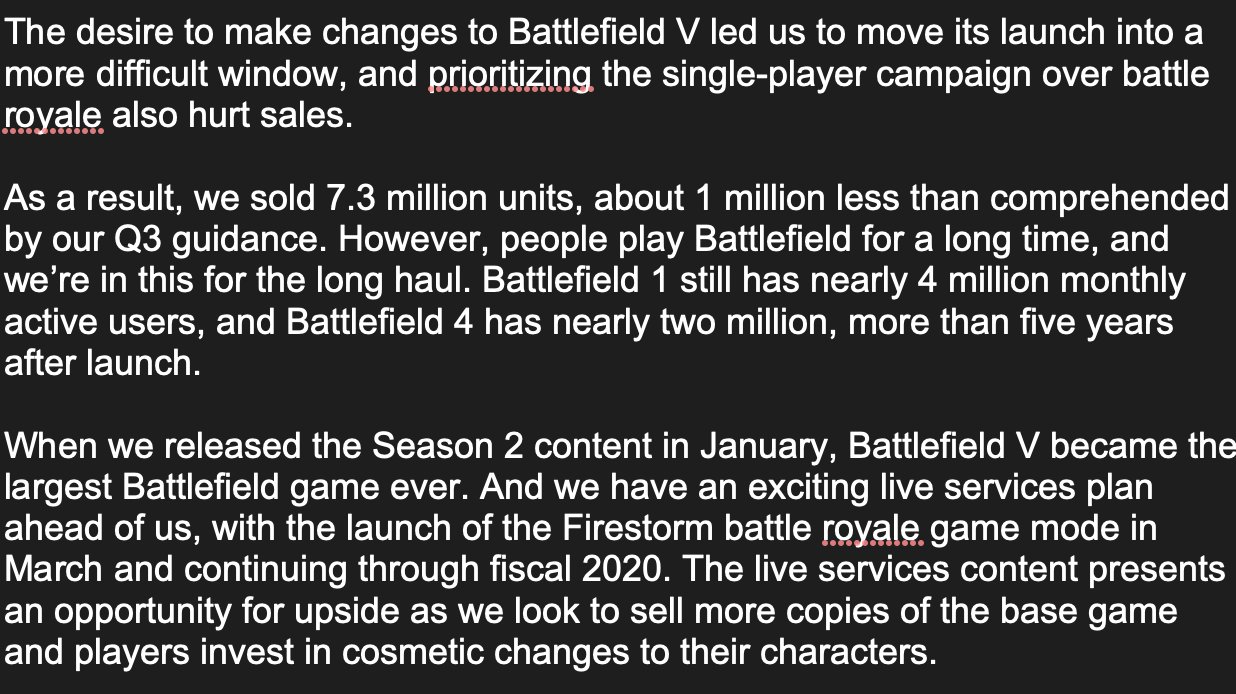 Prioritizing single player instead of Firestorm is the result of poor sales.. Forget PR disaster pre-launch.. And other very interesting comments. This statement is "informative" to say the least
19