February 28, 2019 9:16PM edited March 2019
With the varied maps in Battlefield V, we go from cities to snowy mountains and deserts to devastated airfields. Each map (Panzerstorm included) has their own quirks, and each can tweak how you play based on situational circumstances specific to that map. We'll go over some of the top comments from you, our community, and have a constructive discussion on what makes a map a "bad map" and what really good maps look like. 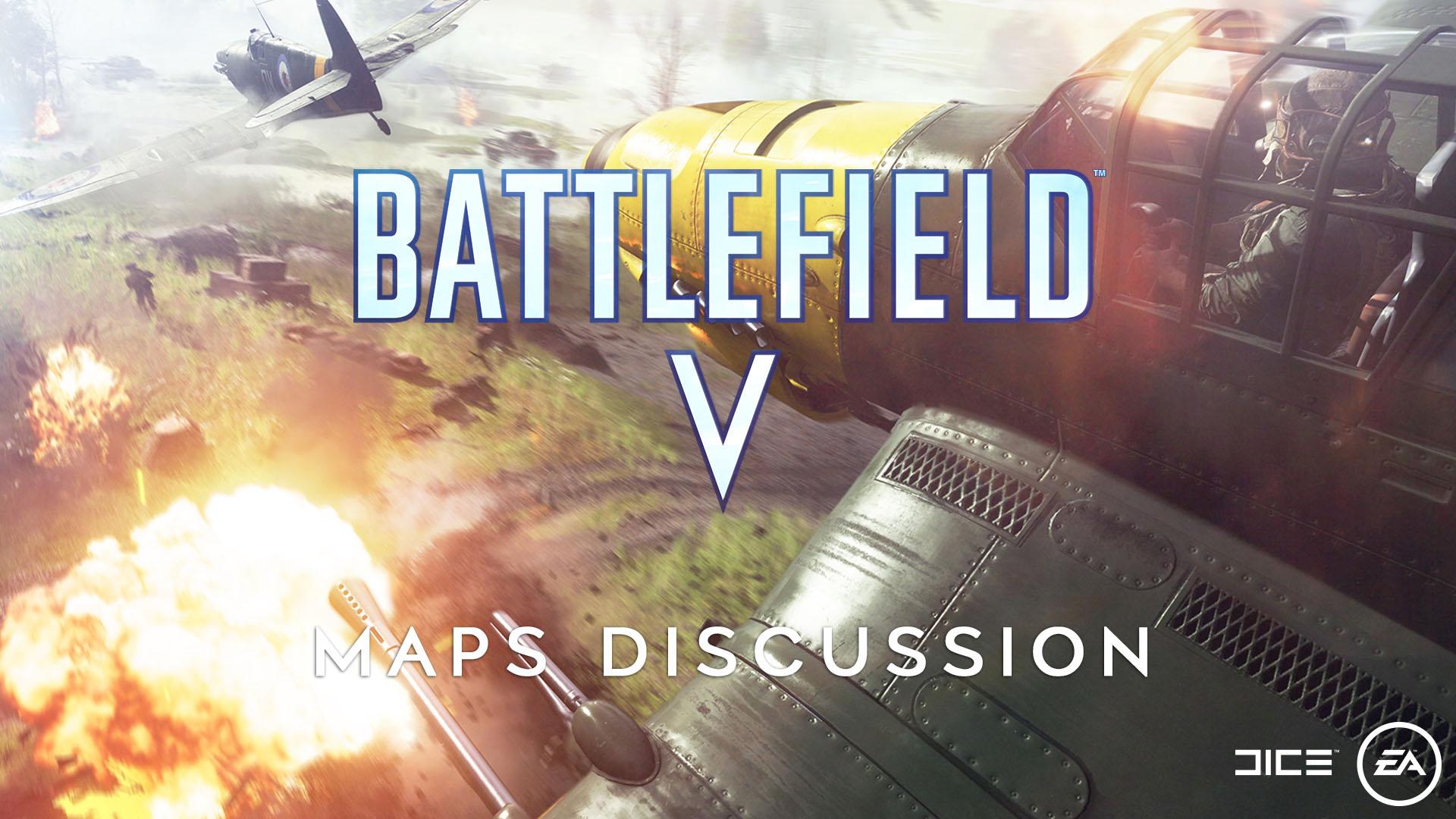 Community feedback:
For this discussion, however, I'd like us to possibly focus on the current 9 maps in Battlefield V. I'm not expecting everyone to highlight the good and the bad of each map in their comments, but I would like to get a bit more insight from you, our community, on what maps you really like.. and WHY. That's so important. The WHY you like this map for whatever reason is key. Same with the WHY you don't like a map.

Some comments that really resonated with me in This Week in Battlefield V - February 25th Edition are:
Kruse

I think the biggest takeaway for DICE regarding maps should be that maps are best when they capture that complete "Battlefield" feeling. Currently, Panzerstorm and Arras do a good job at this. Open areas with enough shelter for infantry to move and defend, and lots of planes, tanks and vehicles. This creates the Battlefield experience that us veteran players know and love about the franchise.


and a counter point:
MartinCorwin

No, absolutely not. Panzerstorm and Arras are really bad maps because they have a ton of open areas without cover and too much vehicles that can camp objectives from afar easily (looking at you, point B on Arras).
Previous installments had good maps. Like "Strike at Karkand" (BF3 edition) and Zavod 311. What makes both maps so good? They have several lines of attack between spawns (Strike at Karkand: 4-5, Zavod 311: 3-4) and a small selection of vehicles. Lines are separated by plenty of objects and elevation changes that break LOS and prevent snipers and vehicles from becoming too oppressive. This also allows good flanks, even with 3D spotting. There are a few good sniping spots that provide a good view of all lines of attack, however they are on the objectives, not around them. If you want a spot, you have to attack an objective. This is why Aerodrome is such a terrible map, it's exactly backwards there.
Devastation and especially Rotterdam are the only maps in V that come close to that ideal. Twisted Steel (exposed line of attack on the bridge) and Narvik (downhill and exposed B on bridge) make similar mistakes as Aerodrome, but it's a bit more manageable.

Something to note about this interaction: No one attacked someone else for their opinion. Their reasons are clear and concise on why they feel the way they do about the maps. If you're participating in this discussion, it's vital that we respect each other's opinions even if we disagree. Along with that, be constructive. You can say something doesn't work, you don't like it, etc. without being abusive, or using generalizations like "Maps suck." That really doesn't tell us anything, now does it?

Here's a post that discussed all the maps, good and bad, as an example of the type of feedback we're looking for:
sac_boy

Here are some of my thoughts on the maps:

Aerodrome is unpleasant to defend on in Breakthrough. I'm sure you have your own statistics but I haven't seen many defender wins. I think largely the problem is that defenders in that first sector are forced to choose between two objectives that are overlooked by attackers, so they feel like fish in a barrel. I would like a bit more solid cover between the attacker spawn and A/B on that first sector, something that offers defenders more opportunity to get out and flank attackers and get closer to the tanks that camp on the hills.
Attackers should have to fight for that hangar in the second sector. I would pull the capture area right inside the hangar. I would also consider blowing out a corner of the big hangar to offer more opportunities to defend at medium/long range before attackers are right at their doorstep.
The final set of hangars could do with the capture area reduced to just one hangar, probably the one closest to the defender spawn. This is so attackers need to fight over one hangar rather than simply hanging back and winning by sheer numbers. I think that pair of hangars would benefit by being connected by an underground service area/basement area, to give more flanking opportunities, and an interior space to fight in safe from flying bombs.

Fjell could do with something substantial to fight over other than just snow and rock. I would like to see a medium size military installation somewhere in one of those huge blank snowy areas, set into the mountain--a complex interior for infantry to fight over. BFV has a dearth of non-destructible interior spaces. People like the variation and choice offered by having interior/exterior routes to make their way around a map. I realize of course that infantry exist to be farmed for kills by planes and tanks, but sometimes its nice to give infantry players a safe space to do their thing.

I wasn't a big Panzerstorm fan to start with but I have warmed to it. I think perhaps it could do with one less farm, one more village or something else that offers a bit of variation and solid cover for infantry. Maybe a factory with an agricultural theme. As another commenter said, more weather and day/night variation would ensure this map played out differently each time.

Arras and Devastation are probably my favourite maps in the game. What they have in common is lots of solid cover for infantry to move around, and great environments for battles. As an infantry player I don't feel like fodder for vehicles on those maps, even though both have tanks and Arras has planes. Rush on Arras has been a highlight of the game so far for me.

Visibility on Devastation is still a problem, on PS4 anyway. I honestly haven't noticed an improvement. Some areas are entirely dark, and player models are completely black. Last night I searching for a guy I knew was in an alley between A and B (Conquest), and I think we were both standing in the alley looking right at each other at one point. I shot first because I happened to see the shape of his head and shoulder. In the same game I missed a guy who was prone in a corner of the cathedral--he was a mess of grey on grey, indistinguishable from ground scatter, with a lighting/contrast level that matched the floor exactly. I think probably the problem is not really lighting but shape recognition, and the amount of customization players have available to them means it's no longer a question of learning the 4 enemy shapes per map. If DICE are committed to customization then you need another way to improve enemy visibility, and that's either spotting or an edge glow of some sort.

Hamada could do with a mine network or something else for players to move through in cover. Right now players can choose between being funneled along valleys or moving over bare flat hills--those should be high risk, high reward flanking options instead of the only choice. Maybe players would have to blast open certain paths in the mines with their own explosives. Hamada could also be badass at night--the map would feel very different if it wasn't always a searing white midday.

Rotterdam feels ripe for a couple of gunboats for the canals/waterfront. I know we have no naval units yet but if we ever do, I feel like Rotterdam could benefit from it. It would also make Breakthrough more interesting if attackers and defenders had a couple of boats to work with in that first sector. For the most part I like Rotterdam well enough, it offers a nice mix of flanking options when moving between any of the objectives.