GeneralXIV
300 postsMember, Battlefield, Battlefield 1, Battlefield V Member
March 13, 2019 5:26PM
Just a little background to this... Im trying to complete one of the ToW assignments that says I have to destroy 3 vehicles in 1 round. Because getting 20 kills in the objective area in one life is impossible.

I decided Panzerstorm would maybe be the best for this, because it feels to have lots of tanks and planes so lots of opportunities to destroy things.

When I joined a game, there were no tanks available (I was hoping to get an AA tank to destroy some planes), but there was a plane so I decided to jump in that instead. Im not the best pilot in Battlefield V (Im slightly better in Battlefront II tbh) but I destroyed one plane of what looked to be the same type without any problems, but then this happened: 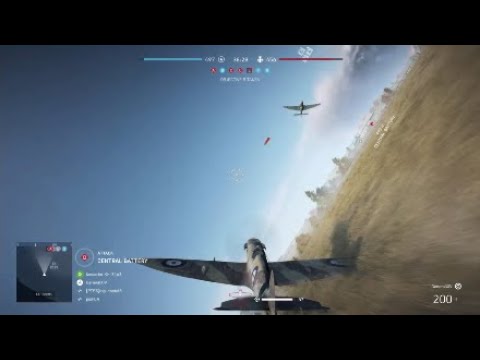 Something definitely feels unusual with this. I feel like I should have destroyed the plane multiple times, but it barely even started to smoke. Just ignore the ending, I said I wasn't the best pilot :P
0