I am not a cheater

I've just recently found out about people accusing me of cheating on these forums. These accusations are rooted in delusion, and are baseless. I've also seen people say that I've been banned before, which is also entirely false. The only times I've ever been banned in Battlefield is when BF3/4/1 admins get salty when I kill them over and over again, so they get rid of me.

I've regularly streamed this game since the first day of the first Alpha. Nearly every single hour of my gameplay has been broadcasted for everyone to see, and apparently people still think I cheat. Of course there are going to be people that say "streaming doesn't mean you don't cheat!!!", and those are also the people that don't know how to identify a cheater, or think everyone that is good is cheating. If I was cheating, why does my FPS skill transfer to every single Battlefield game, CSGO, Splitgate Arena, Rainbow 6, and other FPS games? If I was cheating for over a year straight every day while streaming, why hasn't Twitch banned me? I know for a fact that some salty people have falsely reported me for it before, and Twitch doesn't take those reports lightly. I simply don't cheat, and I'm sorry to disappoint anyone that thought I did.

For anybody that thinks I aimbot: 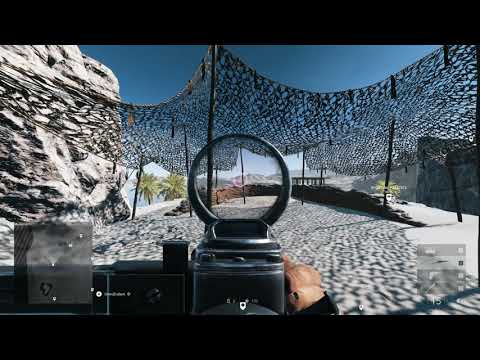 Reply to this topic
«12»
This discussion has been closed.