A list of all datamined U.S. and Japanese vehicles for the pacific theatre in #BattlefieldV. Keep in mind that "LVT" and "Ka-Mi" are amphibious tanks. "Dodge Scout Car" (probably from the WC series), "MTB T1" and "Dinghy" are a bit vague and could end up looking different. 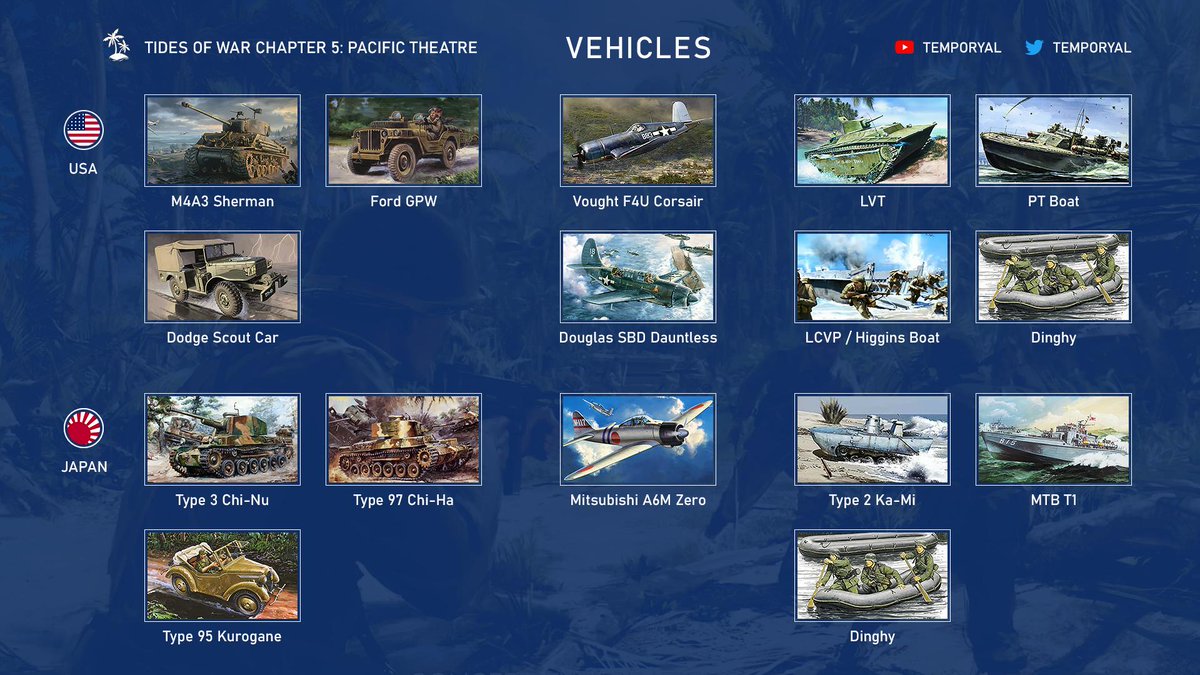