This update targets fixes for errant issues identified after the release of Junes mid-month update. This follows the release of a sequence of Hotfixes designed to address stability and performance issues, which continue to be a priority for the team for future updates.

In this update we’ve taken positive steps towards removing instances of the ‘Invisible Soldier’. We believe that the extreme instances of this issue have been stamped out, though we’ll be monitoring for any lingering issues. Further improvements have also been made to performance, specifically when tanks are firing at infantry which would previously result in performance spikes.

Alongside that, we’ve also reviewed the performance of the P08 Carbine, and made some changes that should improve the effectiveness of the weapon, coupled with a fix that now allows for Specializations to be reset once players have obtained Weapon Rank 4. Additional fixes have been detailed below in full.

Our next major update (4.4) is currently scheduled to release at the end of August, and a first look at some of the new content and fixes for on going issues are also listed below. We’ll otherwise have a small update out early next week to enable Marita.

What’s being worked on for Update 4.4? 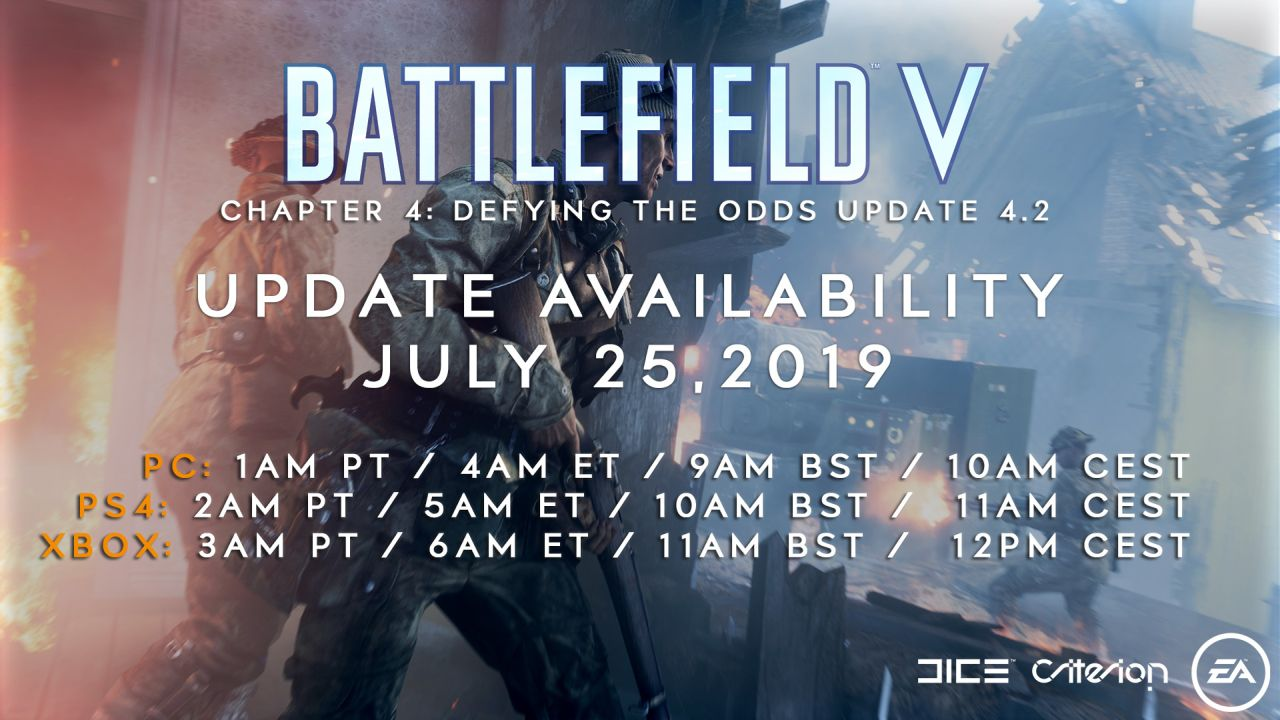 There will be a short period of downtime for each platform starting with the release of each Update.

You can also reach out to our Battlefield Community Managers on Twitter if you have any further topics that you would like us to write about in future blog posts. You can reach them on Twitter @PartWelsh and @Braddock512.