BtheReaper49
399 postsMember, Battlefield 3, Battlefield 4, Battlefield, Battlefield 1, CTE, Battlefield V Member
October 18, 2019 12:00AM
Here's my evidence presented to the court of public opinion. The jury can decide:
Look I'll start by admitting that I lost this gunfight. No big deal you win some you lose some. But the way this played out I thought was just ridiculous and is indicative of the overall problem with BF5. There is a significant lack of fun, interactive gunplay between opponents.
As I approach the door I try to get the jump on the enemy because I know he's coming my way because he was spotted. Enemy doesn't even have their gun raised when they hit the doorway. Then I get melted. Only got 51 damage too because I got instakilled. And let's face it, from this video even if I landed all of my shots I still would have gotten destroyed. The netcode and TTK/TTD is absolutely abhorrent in this game! Look how spastic the fight went down. Talk about lack of smooth gunplay..
Whatever happened to weapon niche where weapons were effective at certain ranges? Looks like BF 5 threw that all out the window. Assaults, recons, support all do significant damage at short range, medium range and long range. Doesn't even matter.
This is exactly why BF4 and BF1 are my go to games and this one is only played sporadically to do some assignments and play with friends. Sad, just sad... 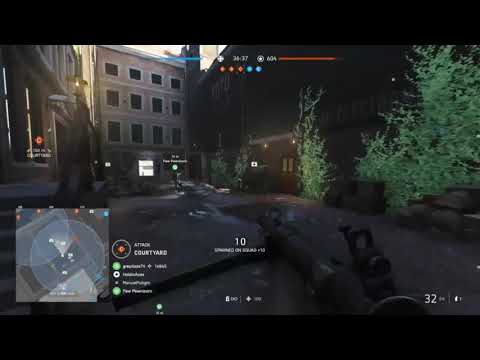